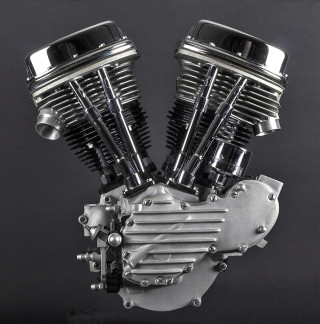 Although many people felt the Knucklehead’s production was dropped prematurely, its replacement in 1948 ushered in a milestone year for Harley Davidson and the design changes on their newest OHV engines would alter the machine’s persona for decades.
The new engine featured covers resembling inverted kitchen pans and was quickly dubbed the “Panhead”. But despite this somewhat humble moniker, the design offered some valuable improvements; most notably a switch to hydraulic valve lifters, which automatically took up any slack in the valvetrain and did not need constant adjustment.
The OHV Knucklehead had experienced ongoing problems with oil leaks from it’s heads due to a complex assembly of tin covers and aluminum rocker boxes that loosened up under vibration; a simple but effective cover was devised for the new model to seal the entire top of the head, and the new heads themselves were manufactured from aluminum rather than the traditional cast iron, which helped in cooling. 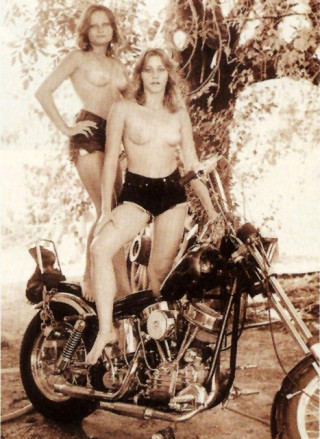 Harley had painted their top ends black since the 1920s, but in a relatively unusual nod to aesthetics they now used silver cylinders and topped the new aluminum heads with chrome-plated rocker covers. The engine was still offered in 61in and 74in displacements.
Panheads stuck with the Knucklehead bottom-end. There had not been any complaints about the previous versions to merit changes, so engineering had concentrated on the ongoing problems. The frame was modified with dog-legged front down tubes instead of traditional straight legs used on the Knucklehead to accommodate the slightly taller Pan engine: this soon became known as the “wishbone” frame.
Telescopic forks were introduced in 1949, allowing greater front wheel travel and softening the ride as the forks could accommodate longer, softer springs. They were also filled with oil, a technology which prompted HD to invent the name “Hydra-Glide”. The front brake assembly was totally redesigned and larger in diameter than the springer brake. A new, larger sealed beam headlight was offered on OHV models and two chromed parking lamps were attached to the upper fork tube covers.
The Hydra-Glide was marketed to tourers as “…a level of ride comfort never before possible.” And Harley-Davidson now had a catalog full of branded accessories to enhance those long rides. 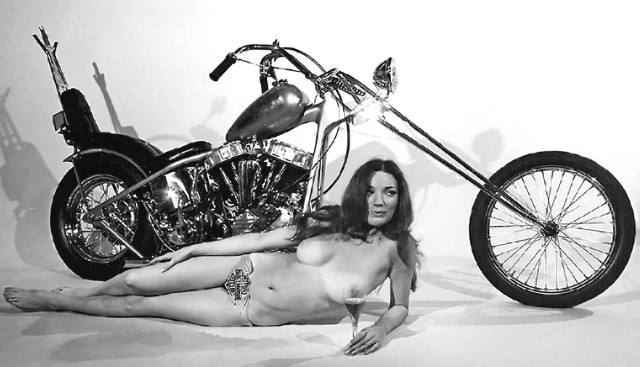 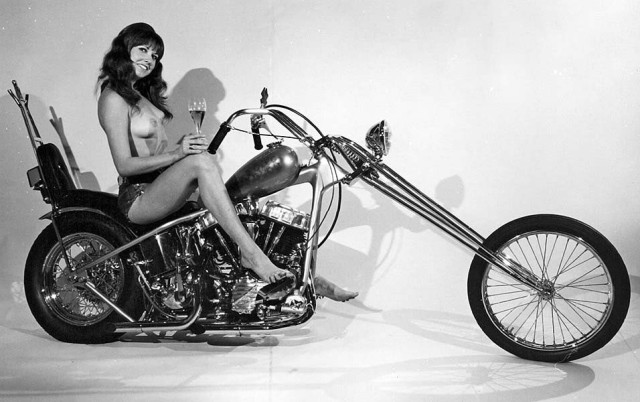 Windshields and wide soft seats had been available for years as had saddlebags, first in leather and then in plastic for 1954 and later. Optional luggage racks, driving lights, rear view mirrors, fender skirts, and reflectors dressed up the big Panheads. Owners began covering every inch of their big bikes with options and pieces so that a new name was born just to describe these machines: “dressers.”
At the other end of the scale, riders emotionally and financially distant from the dressers began removing parts to lighten both the weight and look of their bikes. In fact, fenders were literally “chopped” off the bikes using hack saws. Shifter linkages were shortened and simplified, removing them from the tank and using only short levers straight out of the transmission. Big tanks were exchanged for the tiny “peanut” tanks off other models. Essentially, anything that could be removed without affecting performance was removed.
These modifications were frowned upon by Harley Davidson and the dealers, and generally customers who came in asking for that kind of work were met with distrust and dislike: due in no little part to their resemblance to recent film portrayals (see An Incident at Hollister: Facts, Fiction and the Birth of the American Outlaw Biker Culture).
Some bikers went as far as removing front brakes in order to save weight; going fast was the main objective, stopping was merely an afterthought. These more extreme mods arguably made the bikes potentially dangerous or unsafe, and the mechanics at the dealerships certainly couldn’t -or wouldn’t- normally comply with any such requests. But the smaller independent shops that specialized in tuning and speed modification quickly took on these new tasks as well. The rise of the “Chopper” and custom builders had begun in earnest. 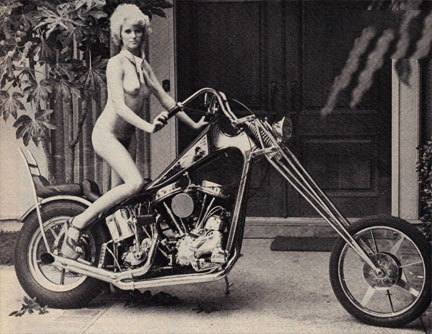 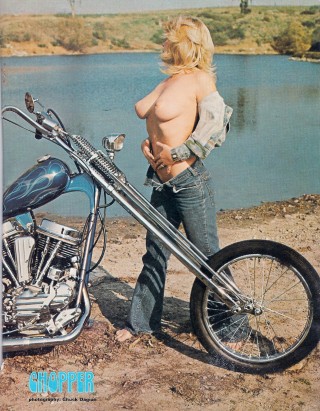 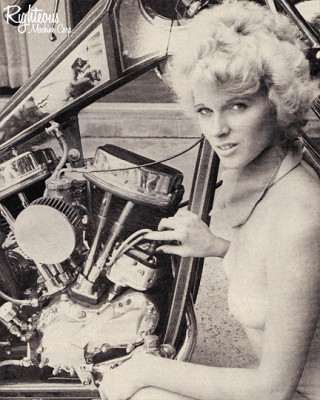 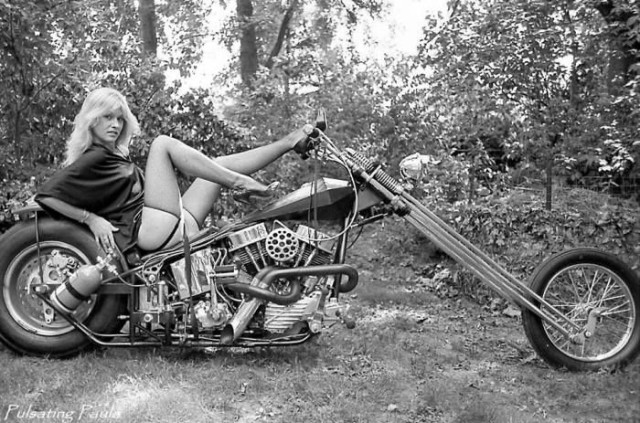 The next few years brought only minor revisions in the Panhead designs, but 1952 saw the introduction of a hand-clutch/foot-shift option for the big twins. Like any change from tradition, this modern arrangement took a while to catch hold. But by mid-decade, most riders had made the switch, and though hand-shifts were offered by Harley through 1978 annual demand rarely topped 200 units.

After nearly 50 years as Harley’s arch-rival, the Indian Motorcycle Company finally closed it’s doors in 1953. Although Indian’s demise is sometimes credited to the superior engine designs from Harley over the previous decade, that isn’t altogether accurate. Indian had been suffering since before the war, and though competition from Harley surely didn’t help matters postwar competition from overseas had really been the nail in their coffin. It wasn’t helping Harley Davidson either. After the war, both Indian and Harley Davidson had begun to offer smaller bikes intended to compete directly with their European challengers. Indian’s efforts didn’t do the company much good, and Harley had mixed results. 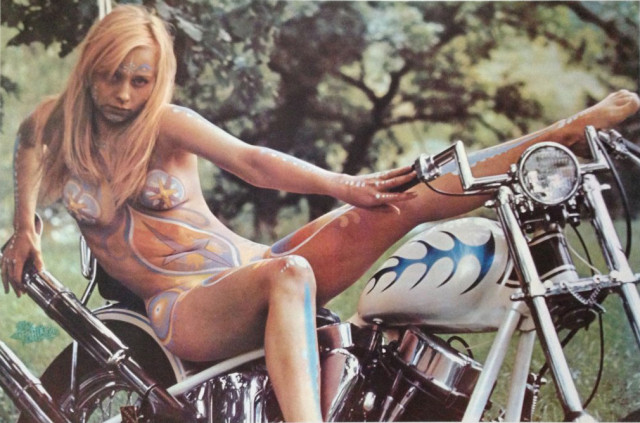 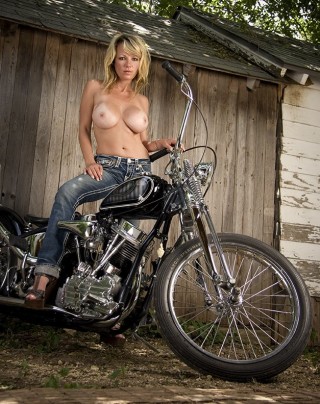 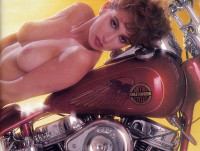 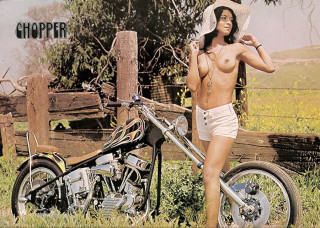 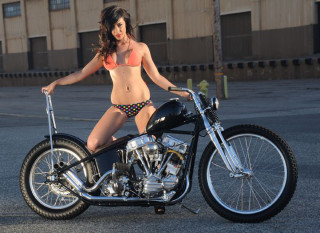 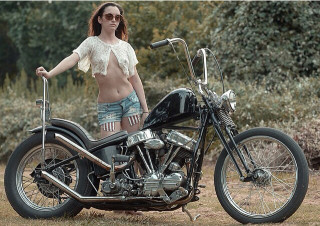 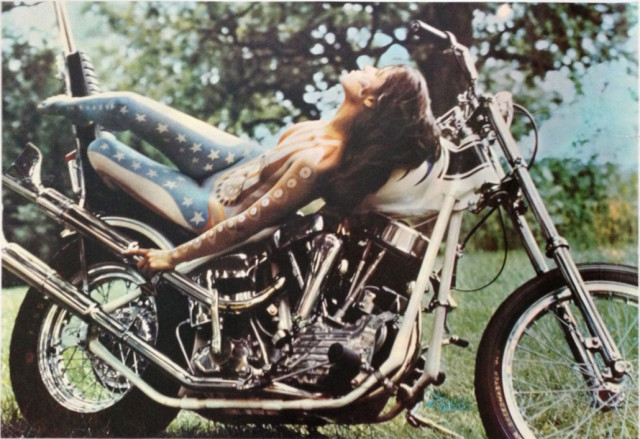 The Panhead era was one marked by continuing change and improvement.
Originally it was produced in 6 configurations; the model EL Special Sport Solo (61ci, high compression), the E Sport Solo and ES Sidecar Twin (61ci, medium compression), an FL Special Sport Solo (74ci, high compression) and the F Sport Solo and FS Sidecar Twin (74ci, med-compression).
In 1955 The FL engines got new main bearings and cases, improving reliability by increasing the strength of the individual parts. A swingarm rear suspension with dual shock absorbers was introduced in 1958; this version was called the Duo-Glide to signify working suspension at both ends of the bike.
The upgrades in Milwaukee continued behind the scenes until 1965, when Harley introduced twelve-volt electric start to their Big Twin (the feature had been introduced on the Servi-Car the previous year). After 60 years of having to pedal or kick their Harley’s into life, riders were finally afforded the luxury of electric starting with the introduction of the Electra Glide. 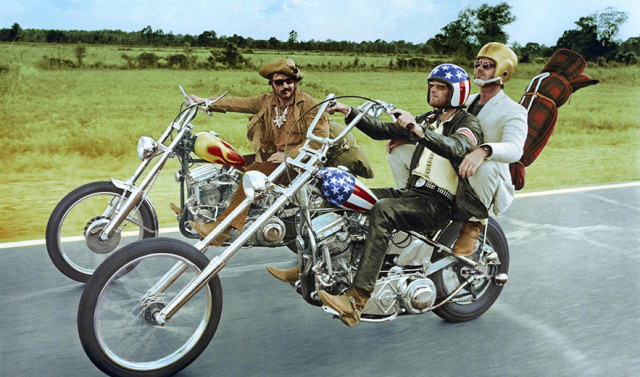 In 1966 the FLH got a new top end, transforming the Panhead into the Shovelhead. But the Panhead remains one of the most iconic models in Harley Davidson history, and is still widely sought after by enthusiasts. 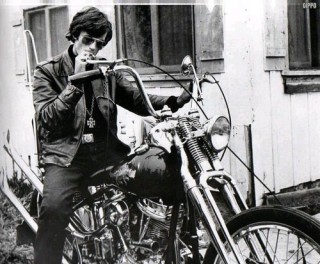 Perhaps the most recognizable custom bikes in the world are the two Panheads from the 1969 motion picture “Easy Rider“. Both the Captain America bike and the Billy Bike were designed and built by an African-American bike builder named Ben Hardy, whom Peter Fonda had met when Hardy built the bike he used in “The Wild Angels” (1966). One of the people who worked on the bikes was Dan Haggerty, who later achieved fame when he starred in “The Life and Times of Grizzly Adams” (1977).
Numerous third-party engine manufacturers currently produce custom panhead-style engines in a variety of bores, many much larger than the original-design displacements.