Max Grundy’s work explores the issues of “fear” in the United States- an overall message emanating from a love/ hate relationship with media. Influenced by nuclear era American, Russian, Japanese, and German propaganda art and vintage posters, these pieces are a new spin on an old genre, one that dates as far back as World War I when graphic compositions of flat space became a standard mode of expression in propaganda design and advertising posters.
As a painter, illustrator, and graphic designer Max made his way to Los Angeles from Utah with his wife and business partner, Candice. Together they wander the globe (most recently to Japan and Germany) taking their art and supporting merchandise to auto conventions. 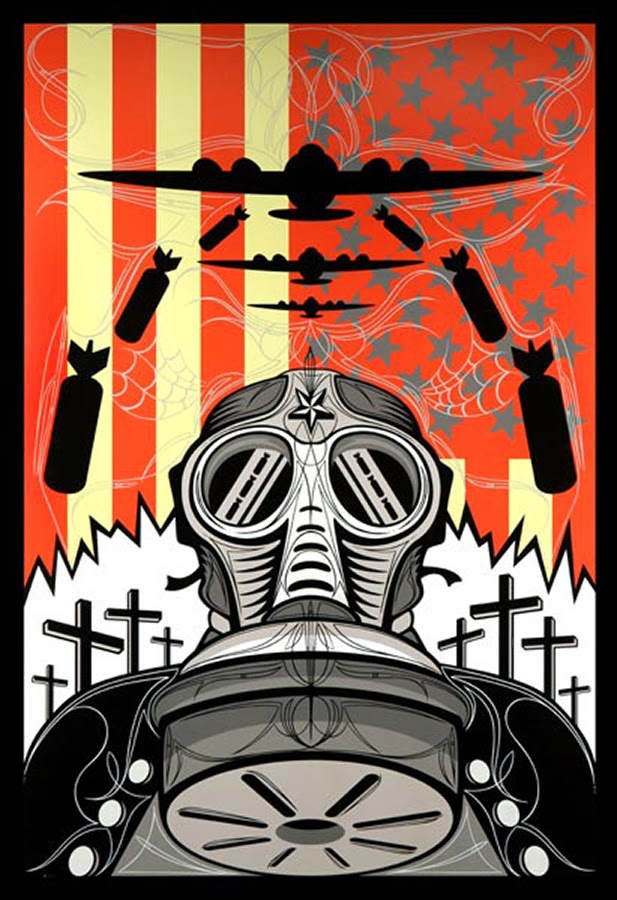 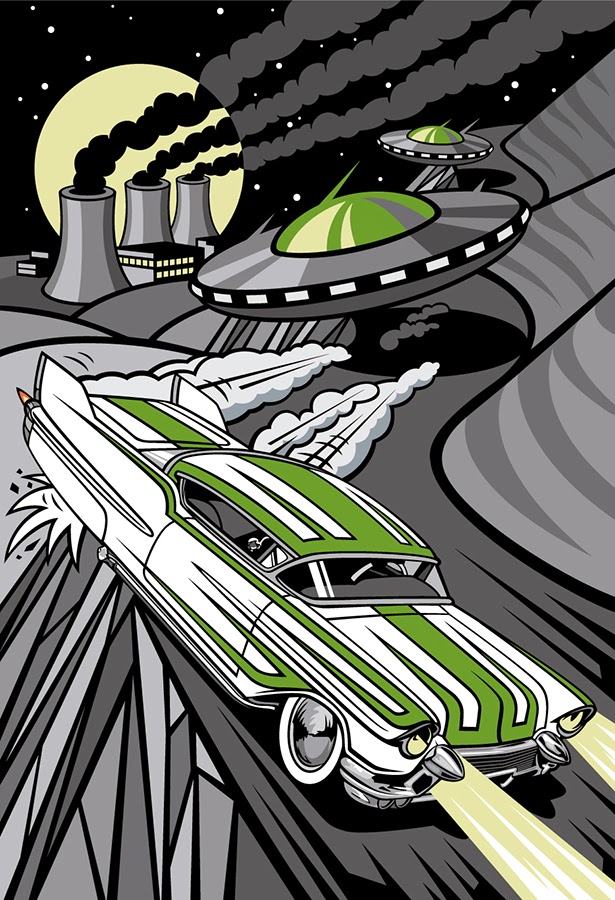 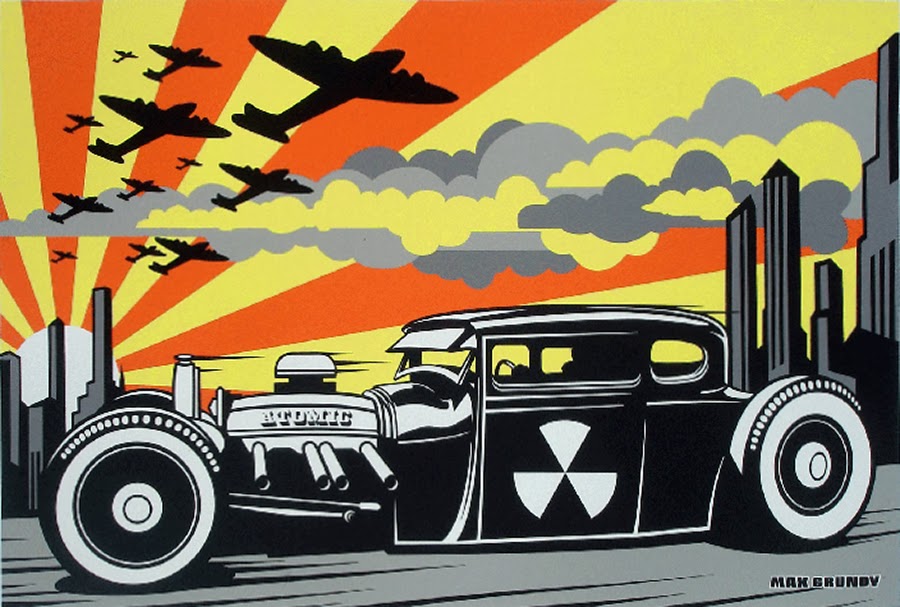 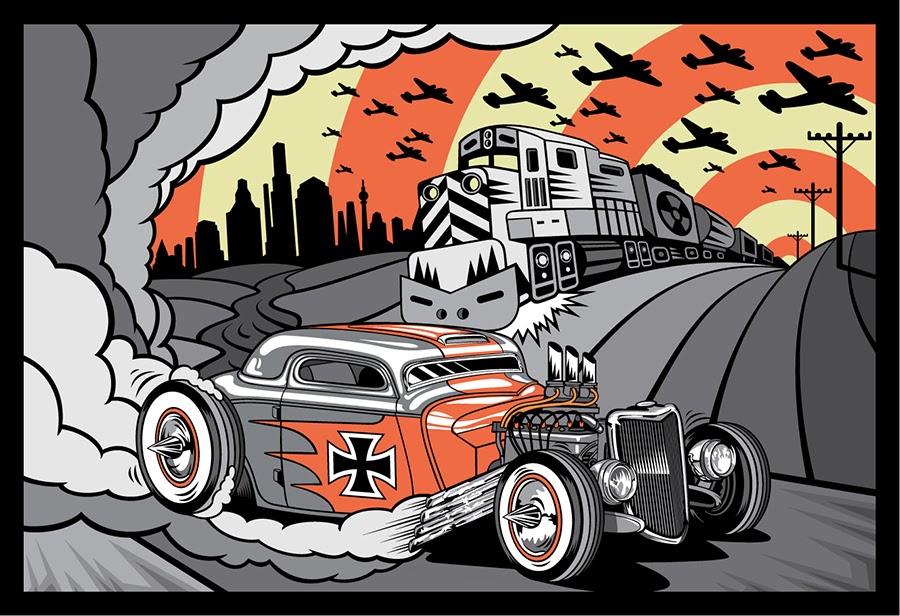 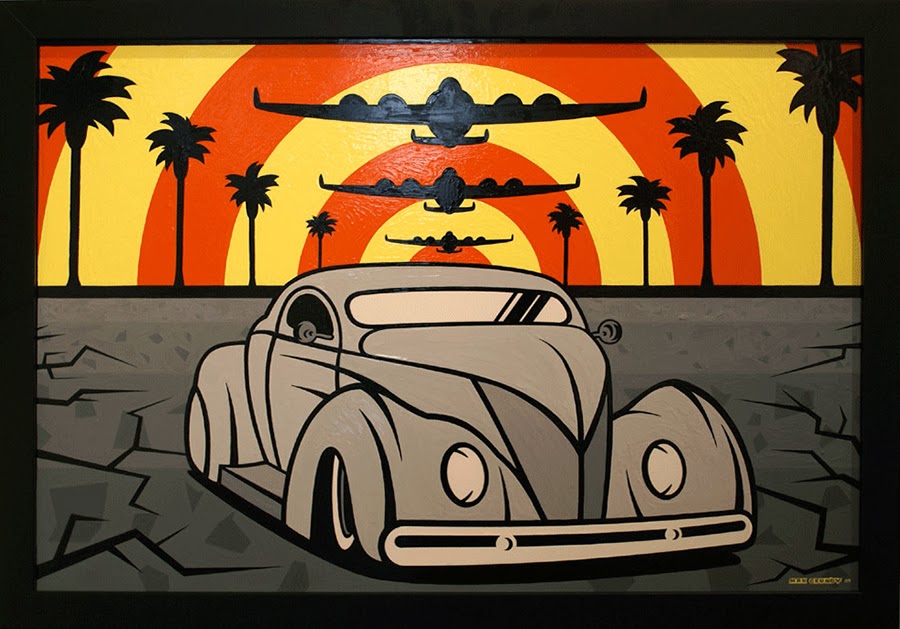 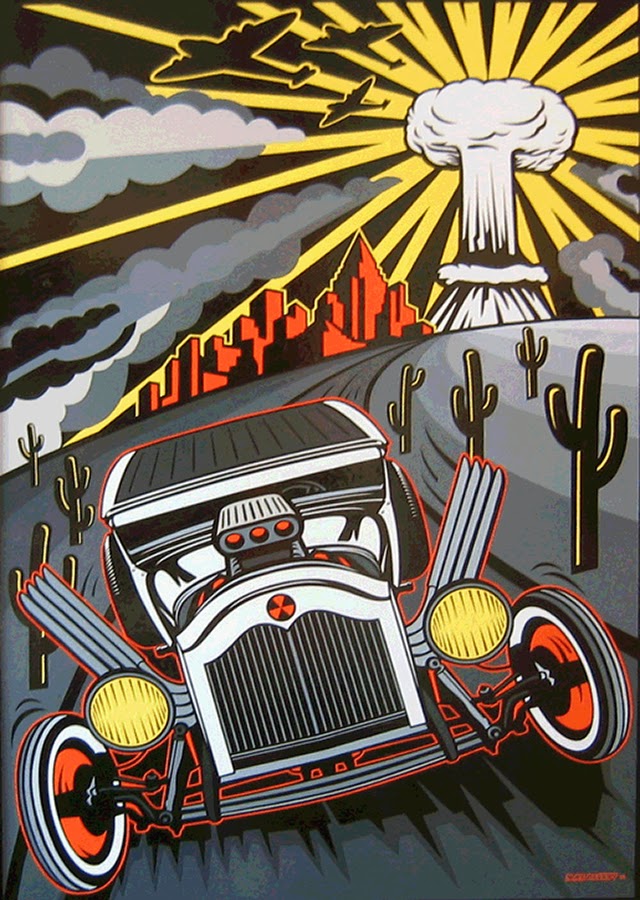 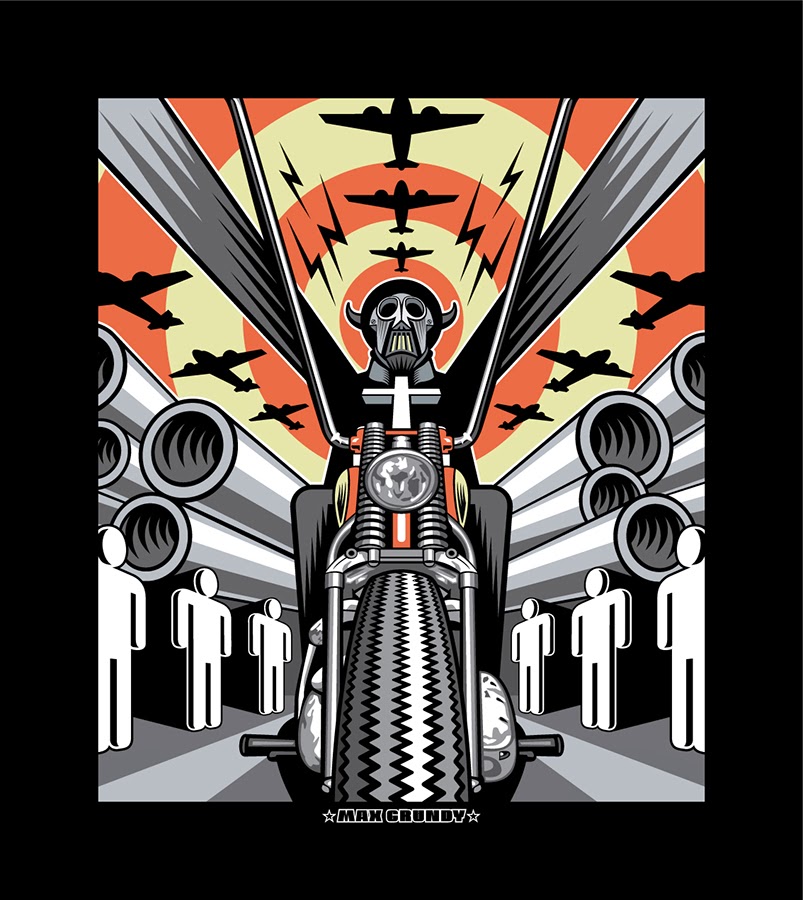 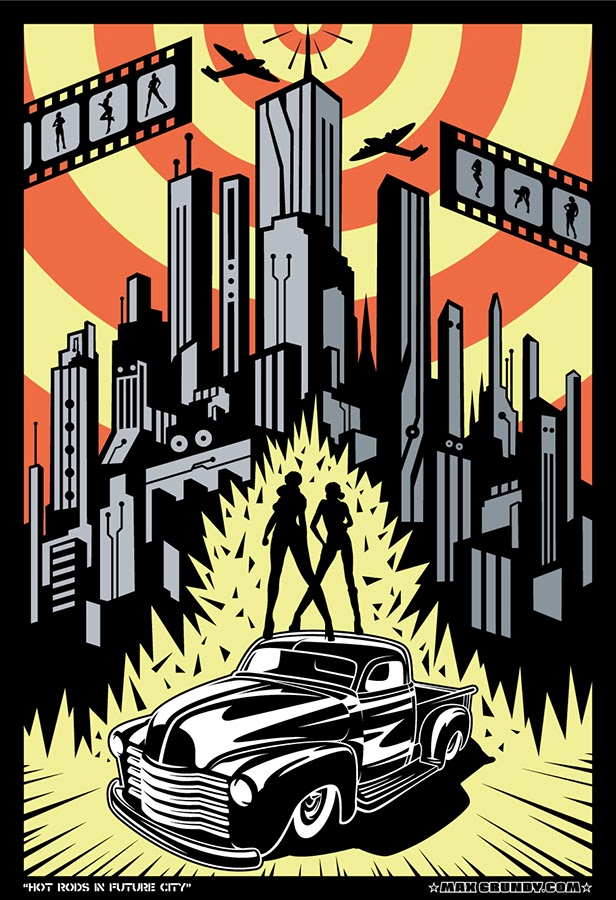 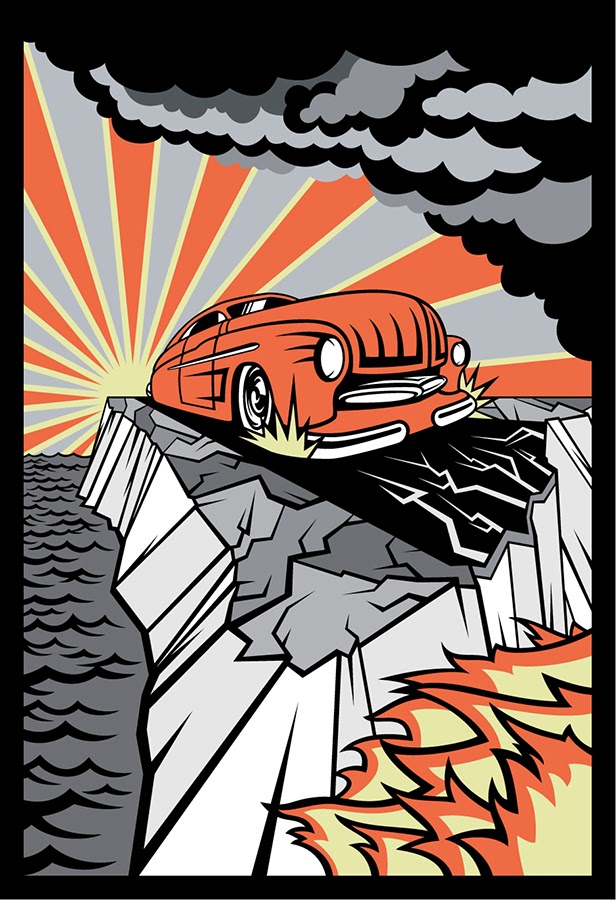 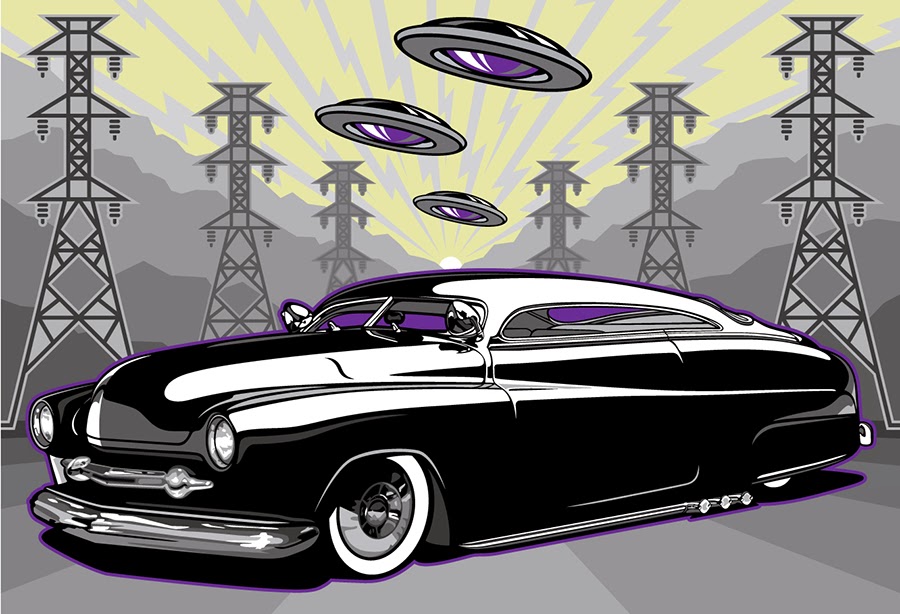 “Fears come from a place that is unreasonable… My big concept is that I want to put those fears out there and make them sort of tangible…and (for people to) realize how silly they are. The whole idea is that it all comes from the media, the media sensationalizes… I won’t ever show people’s faces, and I don’t show hands, because to me that’s too personal, it takes it out of the realm of symbolism. I want these always to stay in a kind of thin realm of symbolism. I want each one (piece of art) to be iconic, an iconic symbol, where you might see it once and if you see it again you’ll know right where it came from, like, there is no denying because it is a symbol. Like that train for instance, that train is very plain, there’s nothing really special about it, but we remember simple things. If you have an illustration where every tiny little hair is painted on, it’s like wow, I’m impressed that you can paint every tiny hair but am I gonna remember it? I don’t think I’m gonna remember it. For me, I’m more interested in a big open idea that people can put their own experiences in and it’s surprising how many people fill in the blanks of exactly what I was thinking.” 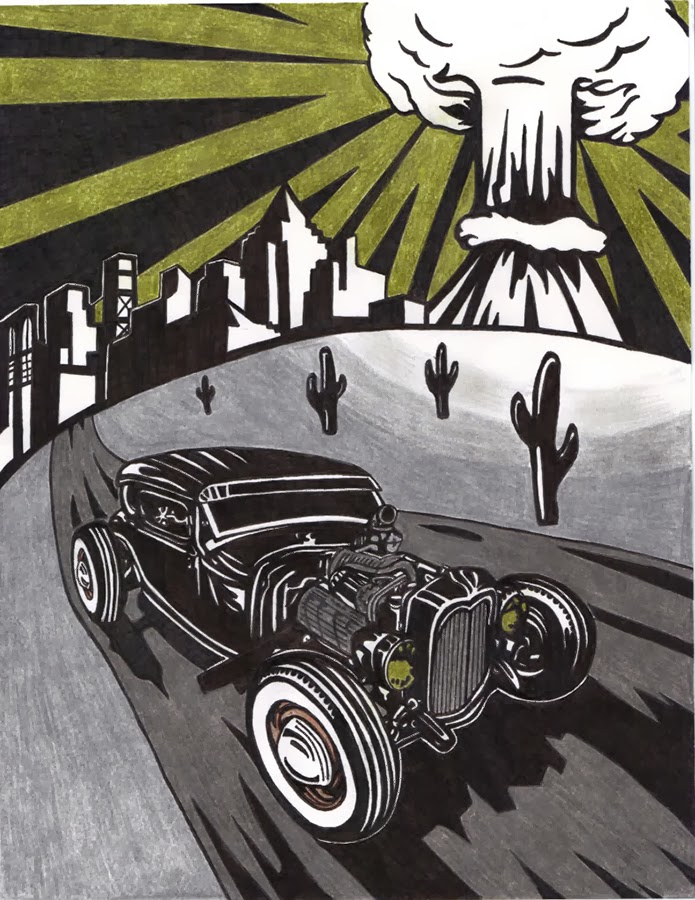 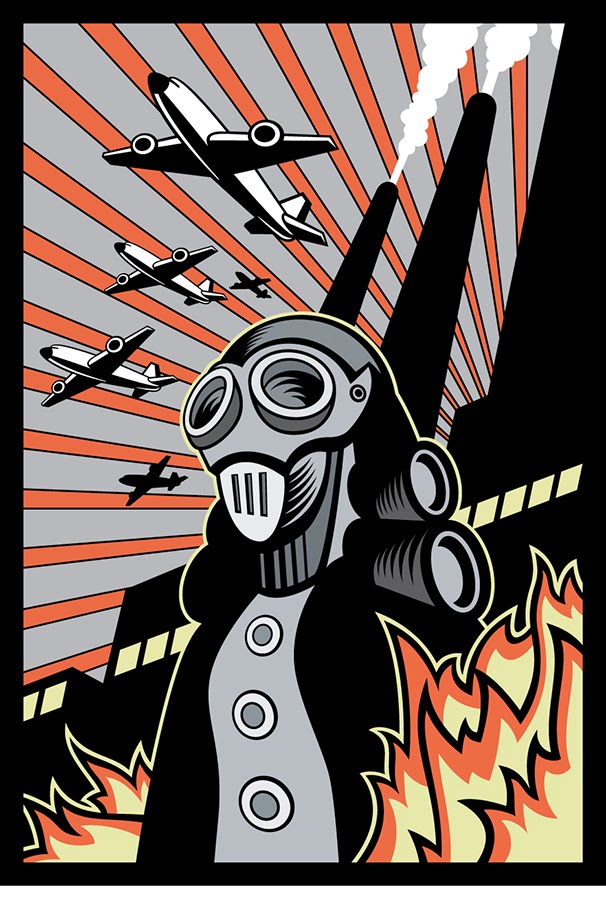 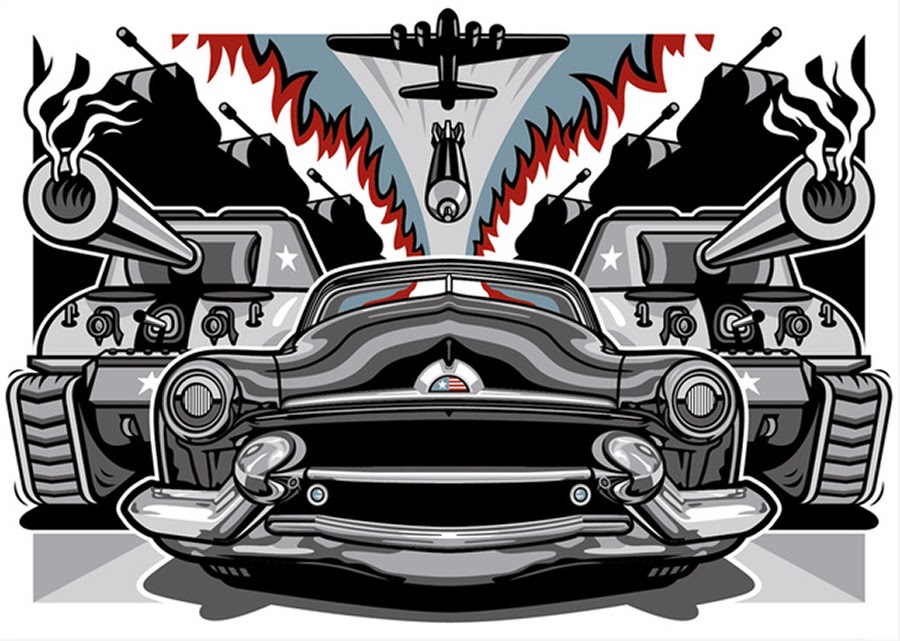 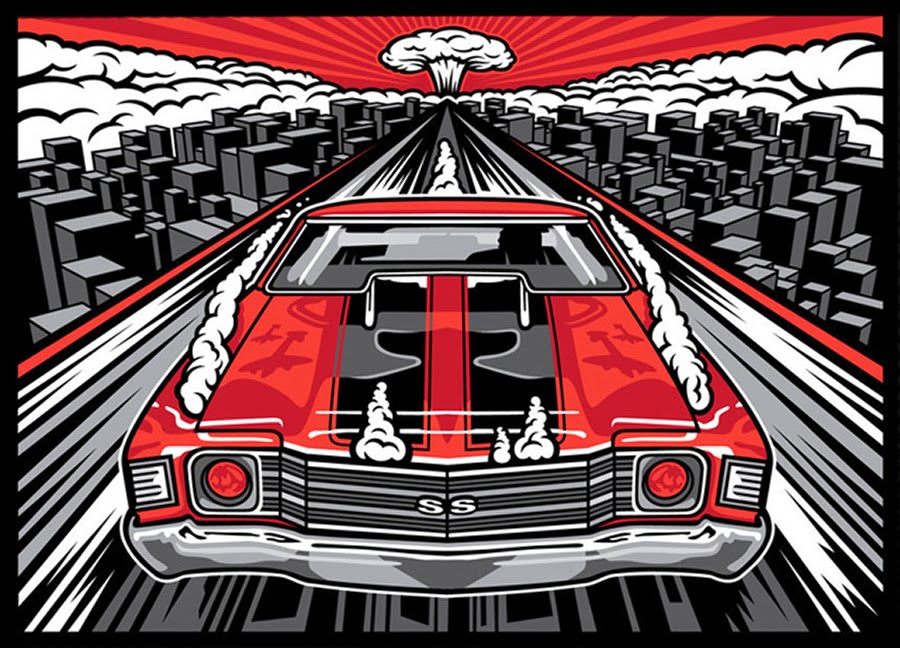 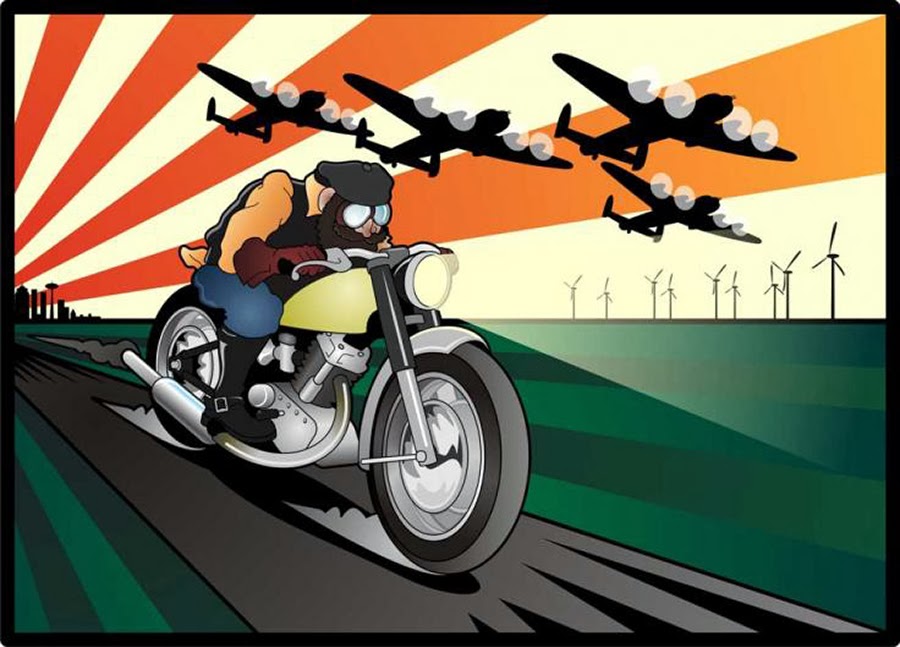 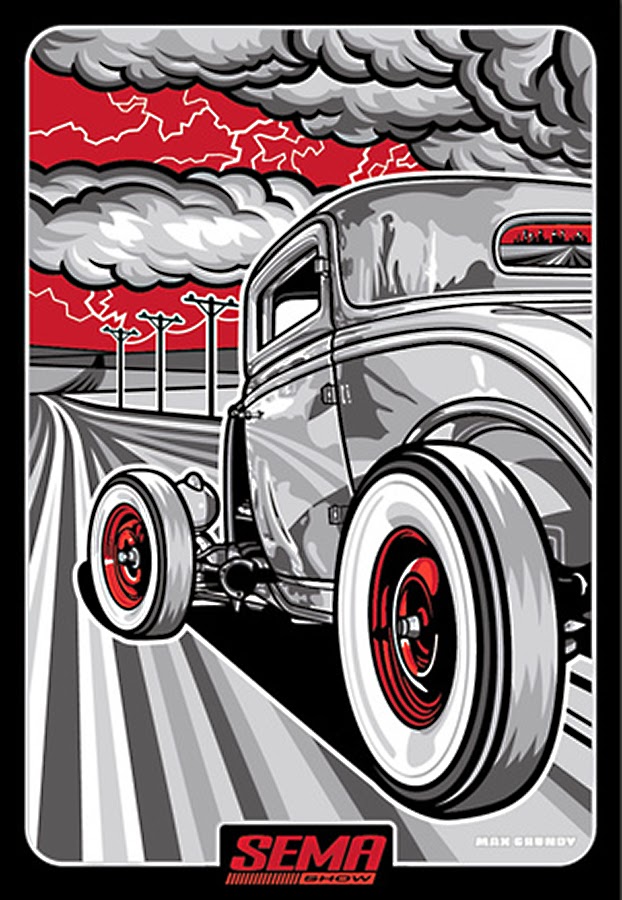 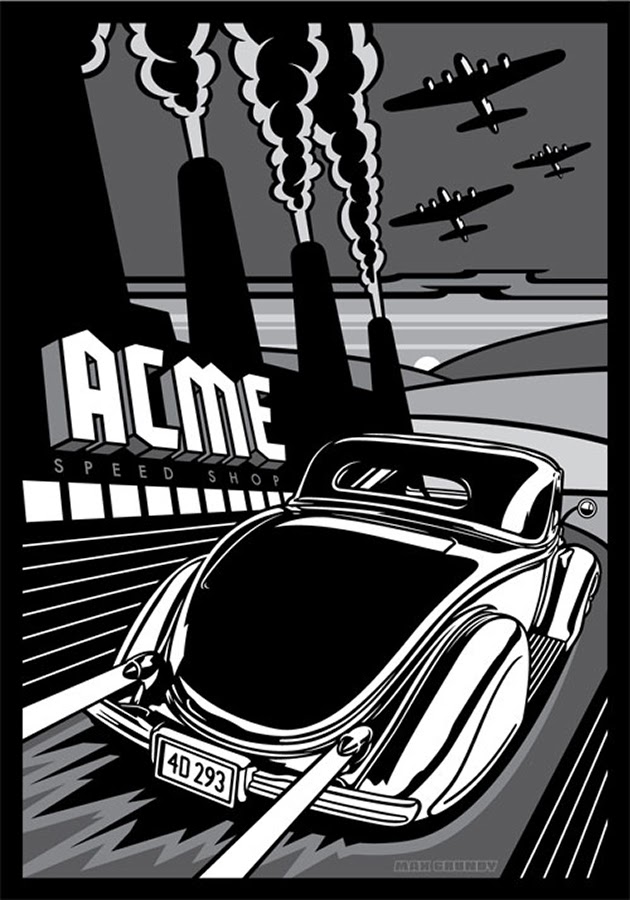 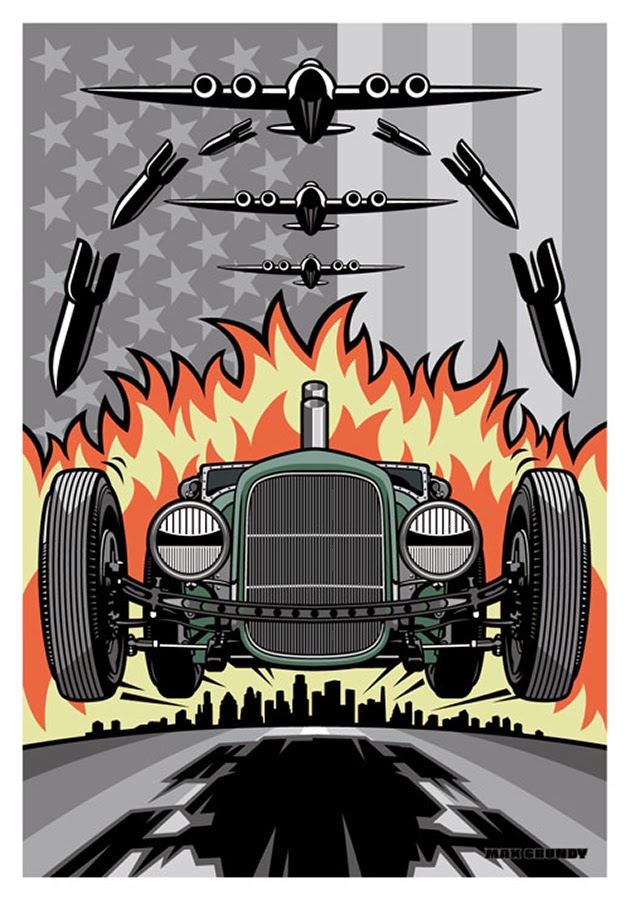 “By creating sensationalized, dramatized, and exaggerated scenarios of the reality that media creates in the public eye I am creating a caricature of a caricature. By doing this I believe that I can help release the anxiety that has been placed on the average person. In short, I am working to de-construct media-instilled myths.
These scenarios are rendered in a style reminiscent of propaganda art: specifically, Russian World War II propaganda art. I have always admired their use of unusual perspective, limited color palette, dramatic text and design to create maximum effect.
This style has the ability to reach out and grab a viewer. Created in a computer graphics and manipulation program, the medium I’ve used is also meant to be a reflection of mass media.” 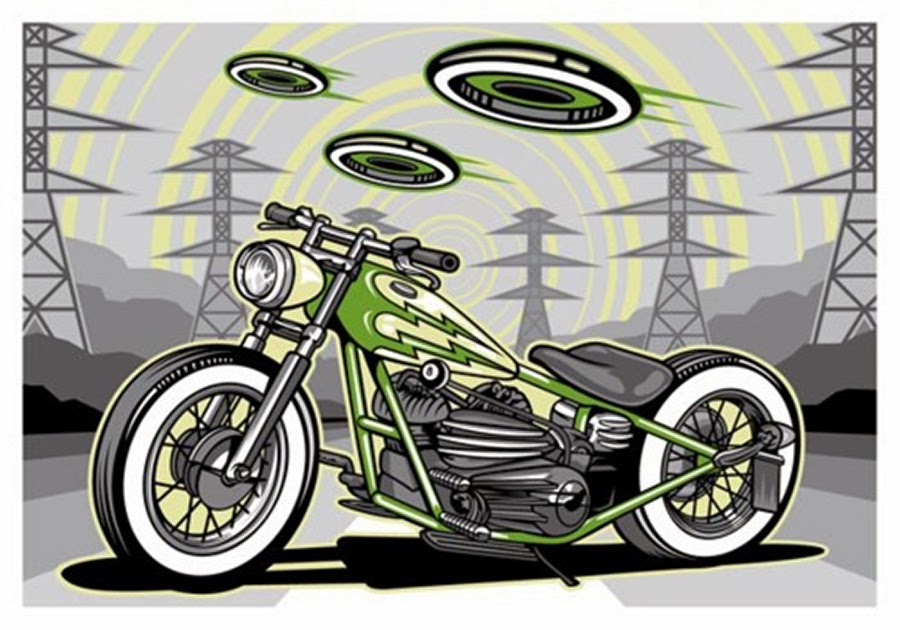