Royal Air Force No. 260 Squadron was formed in August 1918 at Westward Ho in Devon from Nos.502, 503 Flights as a coastal reconnaissance unit and flew anti-submarine patrols with D.H.6s until the Armistice. On 22 February 1919, it was disbanded.
On 22 November 1940, No.260 reformed at Castletown as a fighter squadron and flew Hurricanes on air defence and convoy patrols over the north of Scotland until April 1941, where it moved to Drem to prepare for a move overseas. Early in August, it arrived in Egypt and became operational with Hurricanes on air defence duties in Palestine and Lebanon on August 11. By the end of October it had moved to the Western Desert for ground attack and escort duties. In February 1942, it converted to Kittyhawks which were later used as fighter-bombers in support of the 8th Army. 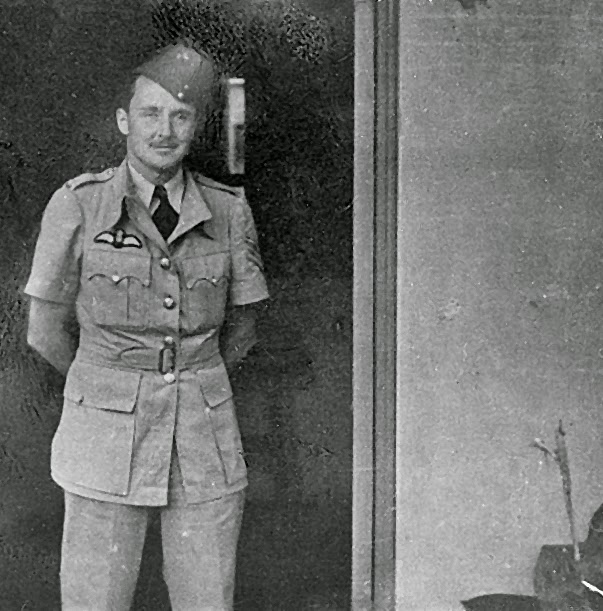 24 year old RAF Flight Sergeant Dennis Copping was a member of the 260 Squadron in 1942, while the unit was operating out of Egypt during the North Africa campaign. By June that year the Allies were retreating from Rommel’s German forces.
On the evening of June 27 Copping was returning late from a mission and had to land into the glare of a setting sun near Cairo. Unable to gauge his height due to dust and the low sun in his eyes, his landing was particularly hard and the P-40’s landing gear suffered damage. The next day he and another pilot, whose aircraft was also damaged, were ordered to fly their planes to a northern repair depot.
During the course of their flight the accompanying pilot saw Copping veer off course, appearing disoriented and headed in the wrong direction.

Flt. Sgt. Copping’s plane, HS-B ET574 went missing over the Libyan desert area of the Sahara. Little information has been made available as to what happened later, and there have been many conflicting reports.
It was initially believed that the young man was shot down by the Luftwaffe near the Egypt-Libya border — but experts later guessed that the RAF pilot got lost in a sandstorm before running out of fuel over Al Wadi al Jadidi; a vast, trackless wasteland. His landing gear was disabled and locked in the extended position; when he hit the desert floor they sheared off, with the port one possibly punching a sizable hole up through the port tail plane. The Kittyhawk clapped onto its belly, sliding many meters on the sand and rock, shedding the aircraft’s chin intake, cowling and the radiator set it contained. 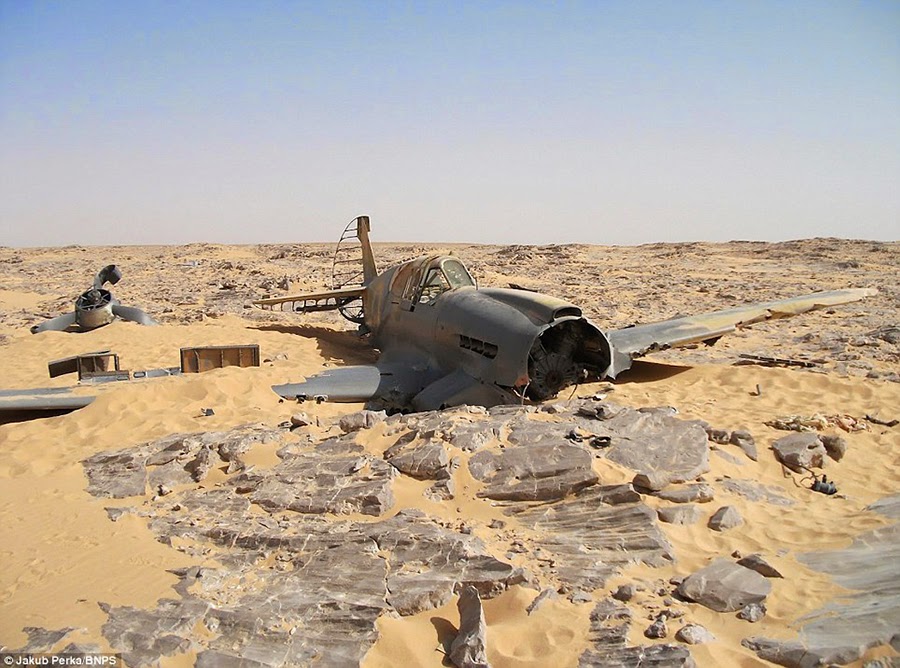 In May 2012, Polish oil company worker Jakub Perka was on an expedition in Al Wadi al Jadidi, 200 miles from the nearest town when he discovered a crash landed P-40 aircraft. In that remote location no one had disturbed it, and the entire plane remained relatively intact; a makeshift shelter had apparently been constructed outside the plane using a parachute. There was no sign of the pilot’s remains. Perka documented the site and contacted the the Egyptian military who immediately seized the fighter plane’s guns and ammunition for safety reasons. Soon after its discovery was reported, locals also began stripping the plane for scrap metal. 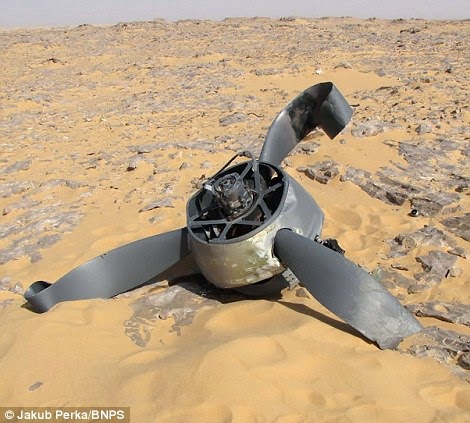 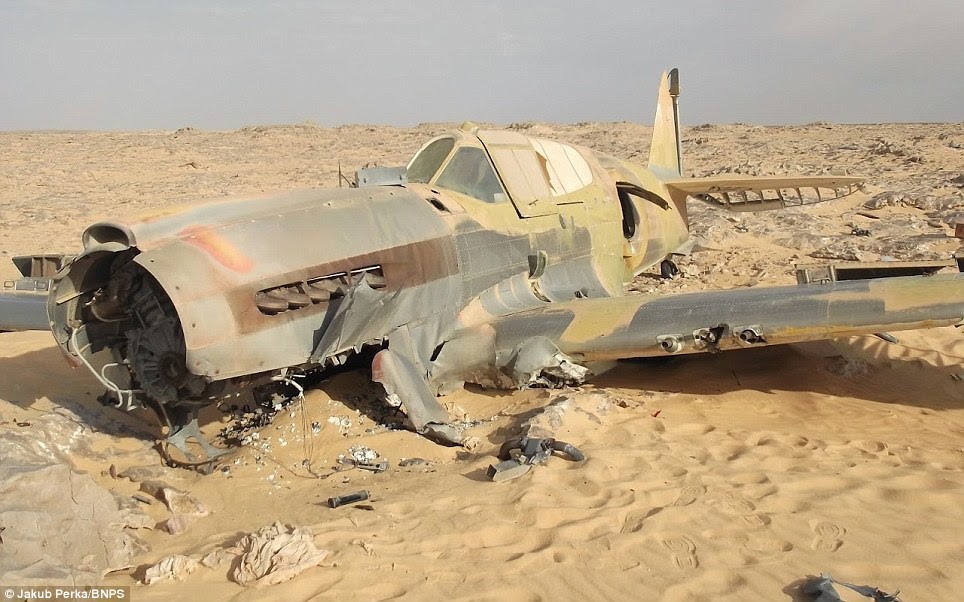 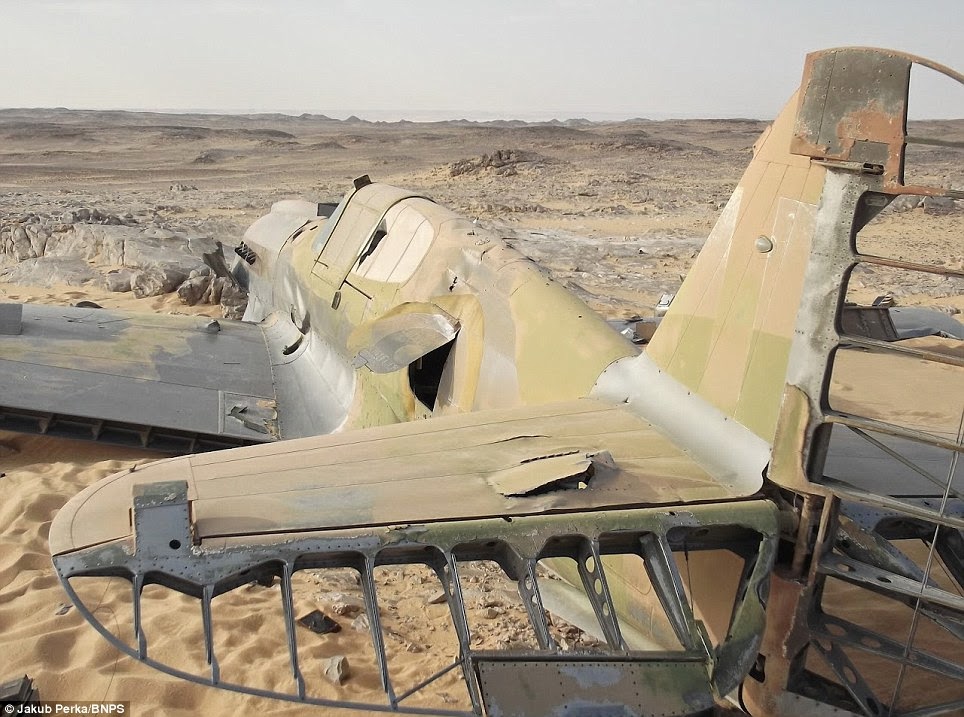 Once information of the discovery reached Britain the plane’s numbers were traced and it was confirmed to be the aircraft piloted by Flt. Sgt. Copping; it was then assumed that he died while making a futile attempt to walk out of the desert. In June 2012 a team of historians from Italy unearthed 12 human bones close to an outcrop of rocks about three miles from the crash site along with a keychain fob with the number 61 on it, a metal button dated 1939 and another piece of parachute. 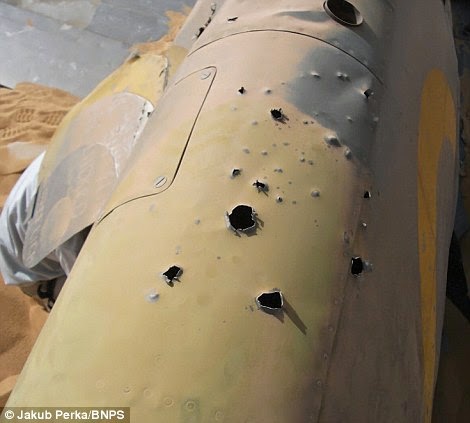 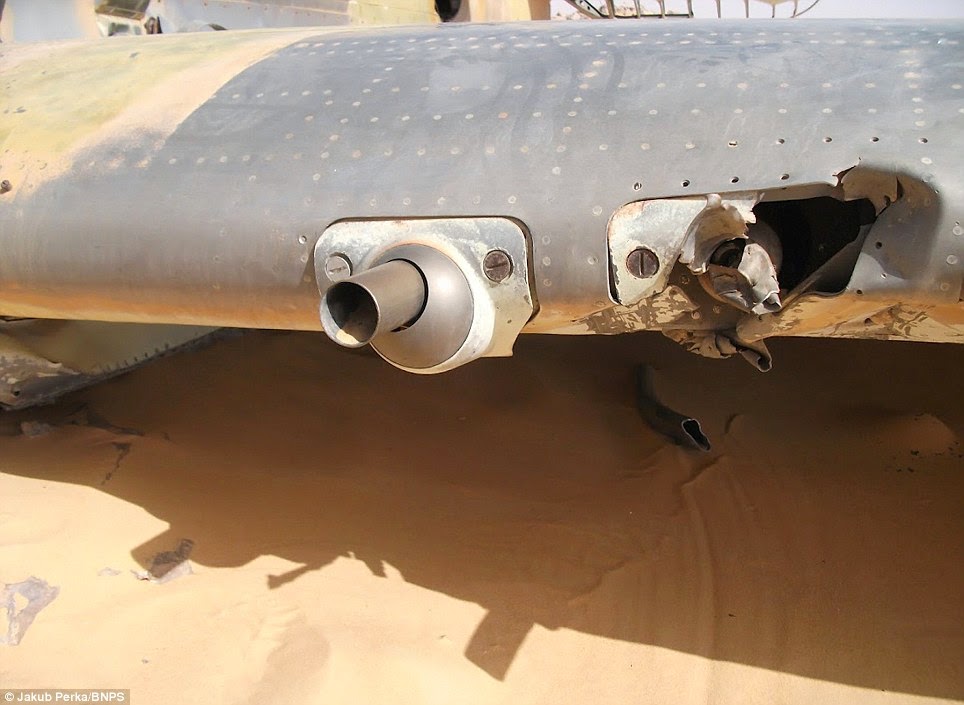 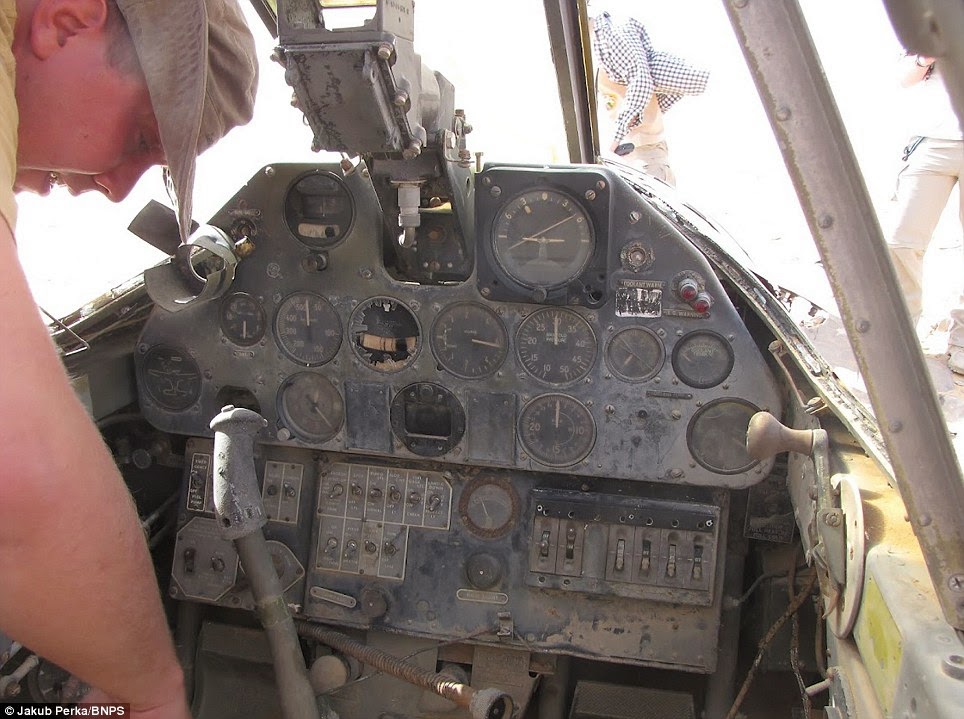 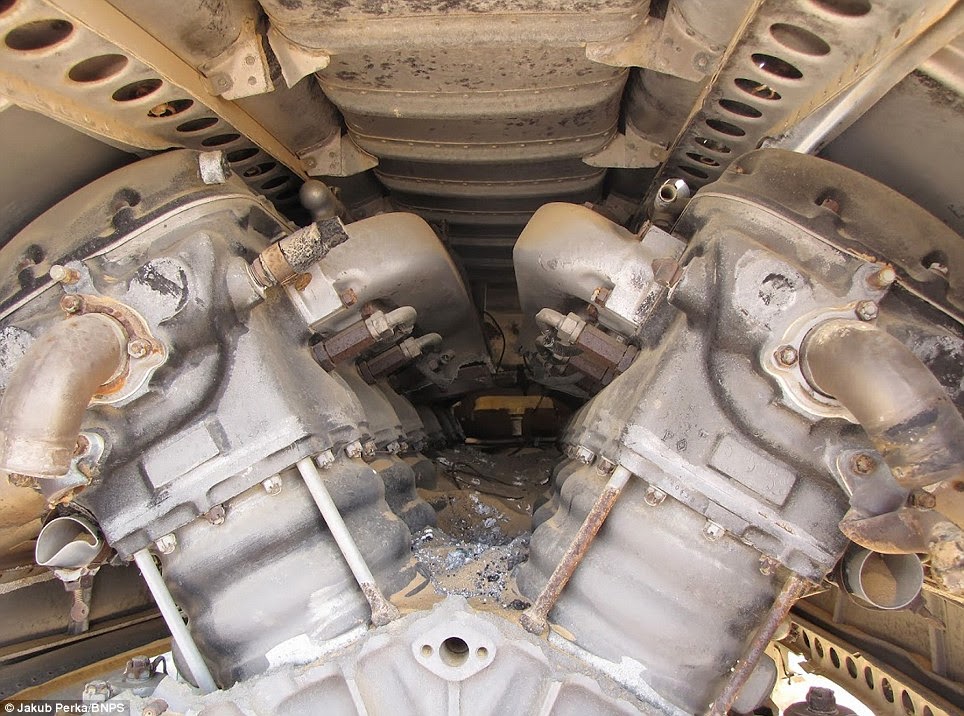 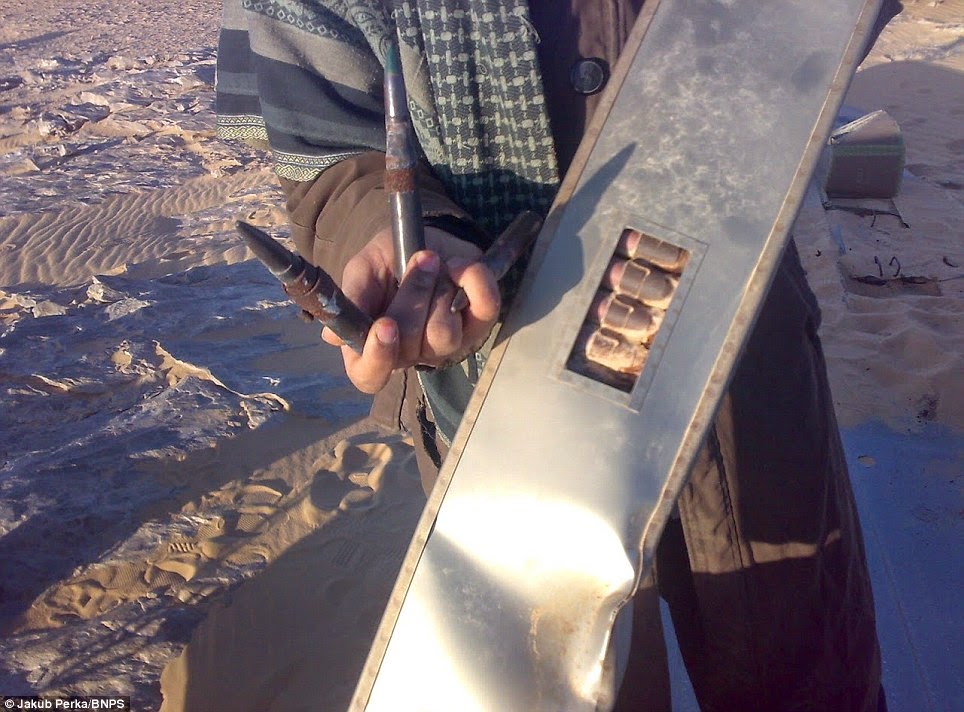 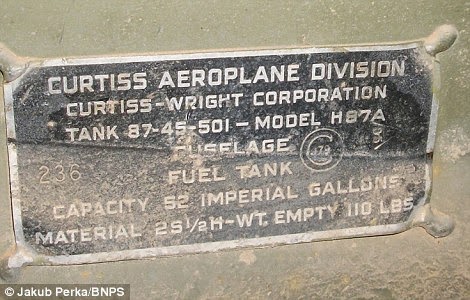 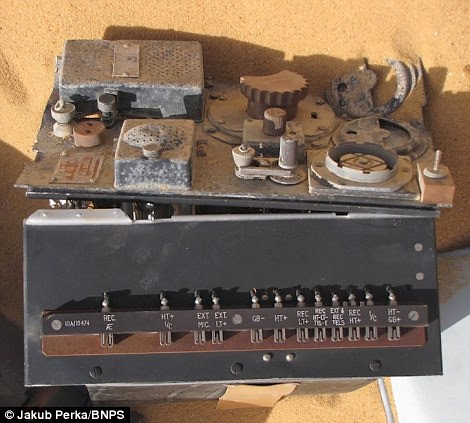 From this point the situation became even more surreal; relatives of Flt. Sgt. Copping were hopeful that the remains were his, but the Ministry of Defence initially claimed that they were too old to belong to the lost airman. It later emerged that this ruling was based on a flippant remark made by a member of the Egyptian authorities, and the remains hadn’t even been examined.
Copping’s nephew, William Pryor-Bennett from County Cork, Ireland, urged for DNA tests to be carried out as soon as possible; two British historians and a forensic anatomist volunteered to travel to Egypt and recover the bones themselves when Bennet offered a comparative DNA sample. But before they could consolidate their plans the Ministry of Defence again contacted them stating that “…the Egyptian medical research authorities have tested some bones and have come back and said it is not possible for a DNA sample to be extracted from them.”
It later turned out that the Italian team (ARIDO) had actually left the remains in situ and they were never recovered. There was then a report from the Cairo Defence Attaché that a second set of bones had been discovered and tested in Cairo, with the result that they were found to be unsuitable. No other information was released regarding the second set of remains, if it ever existed.
Due to political “pressures”, ARIDO later decided to abandon all research related to the discovery of the remains. Most recently (June 2014) it was reported that “…the bones were stolen in the period from about January to March 2013, do not know by whom.” 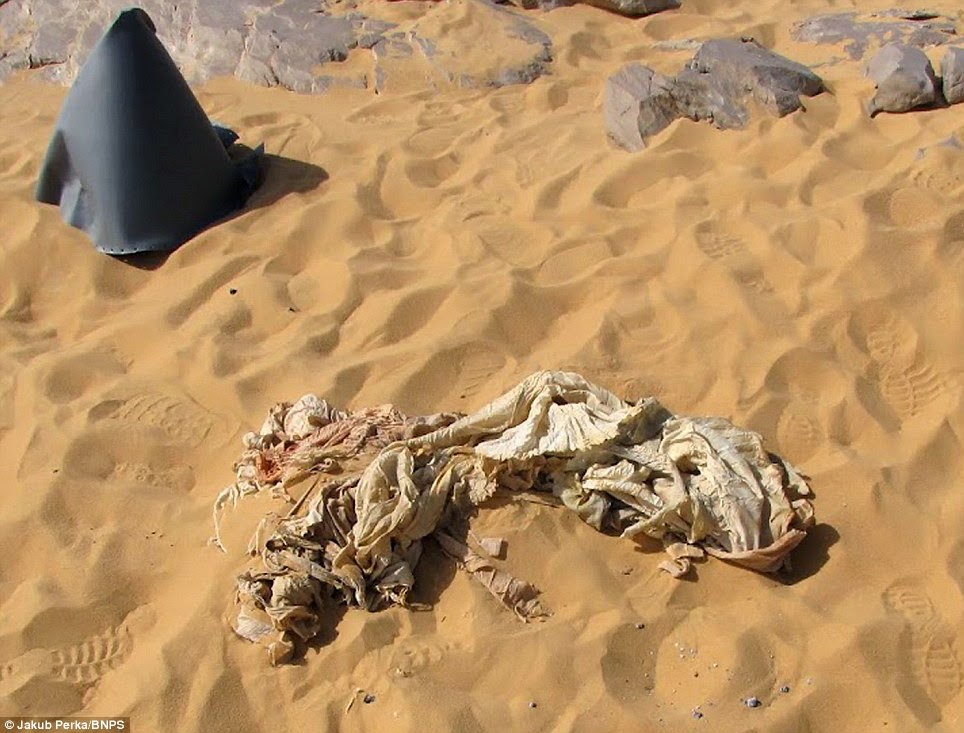 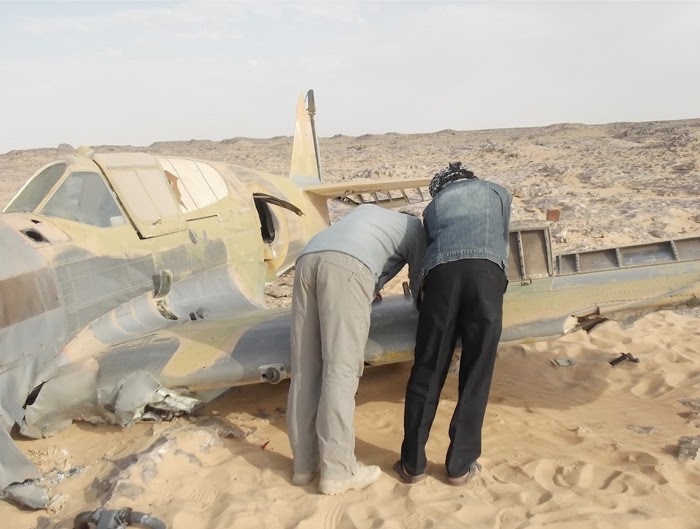 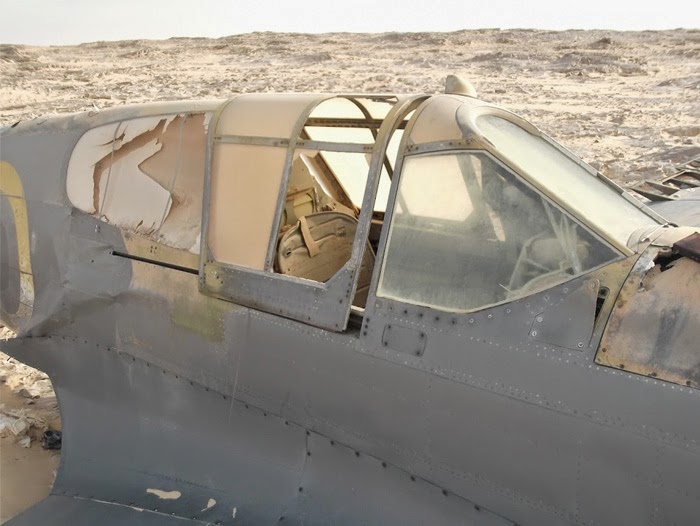 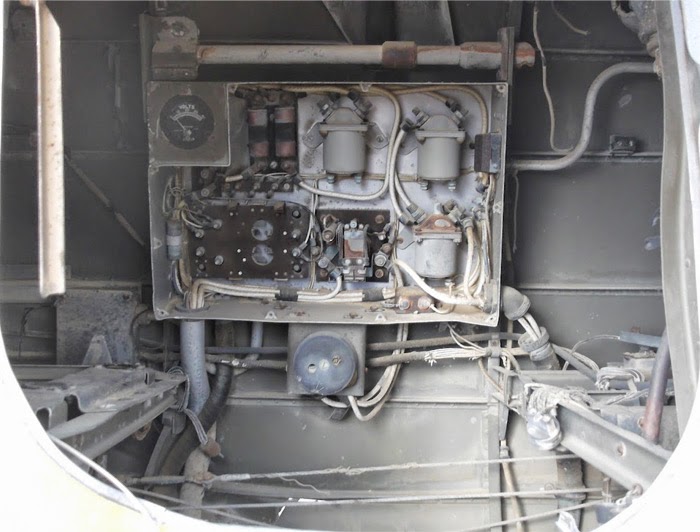 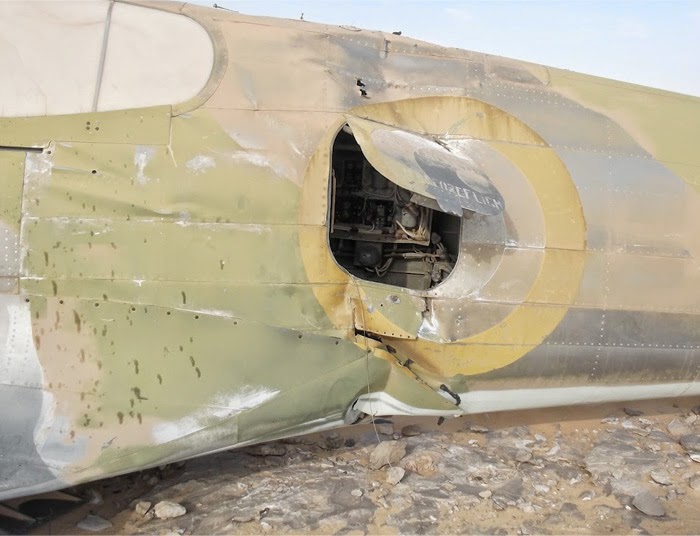 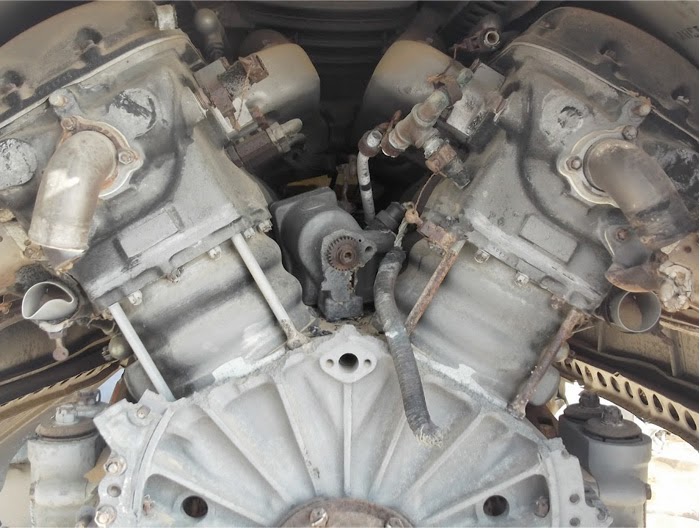 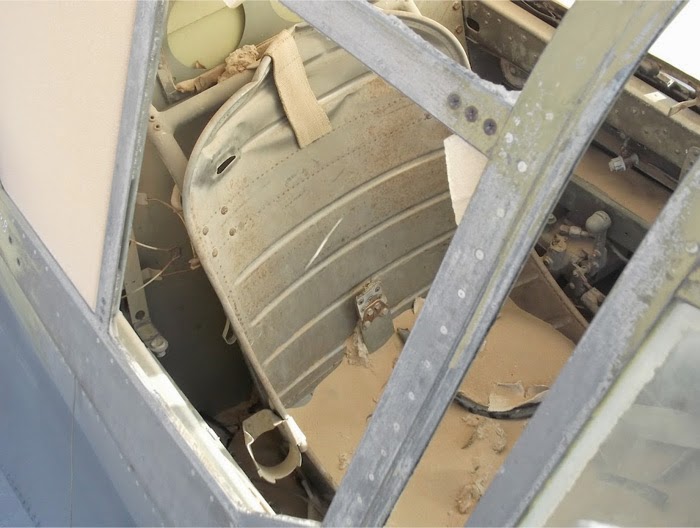 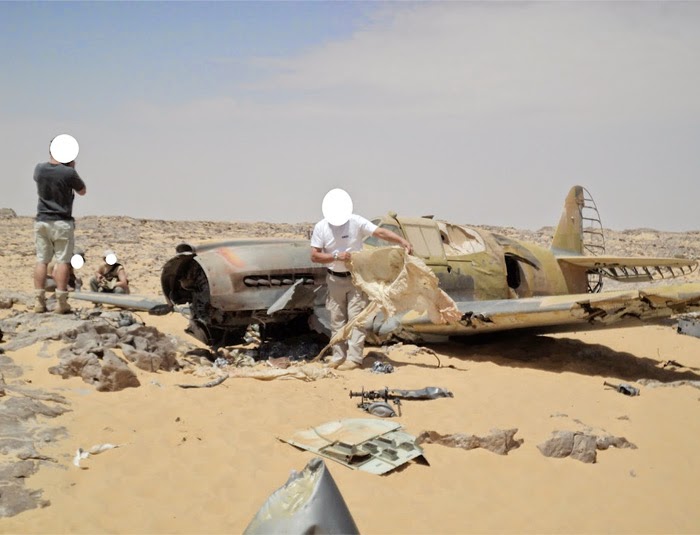 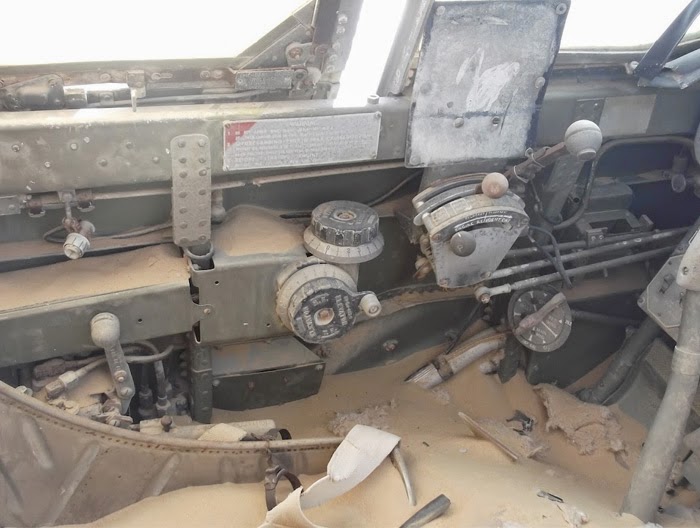 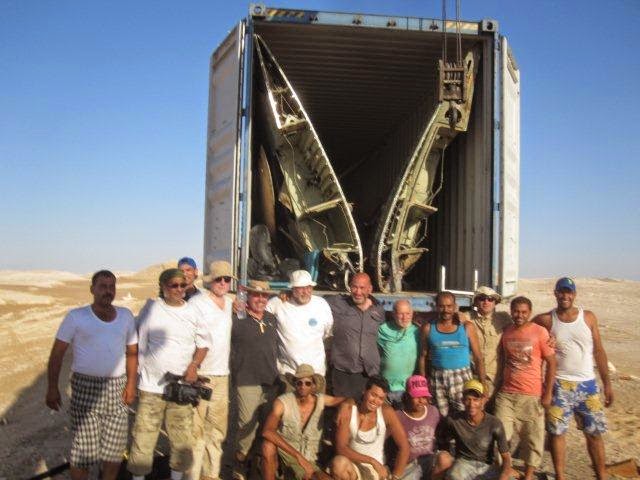 British authorities had reportedly intended to bring the remarkably well-preserved plane back to the RAF Museum in London. In 2013 Andrew Simpson MA AIFA ,Curator Department of Aircraft and Exhibits of the Royal Air Force Museum commented that the aircraft has been retrieved from the desert and relocated to secure storage. “At the present time we are continuing to work with the Egyptian authorities (via the British Embassy in Cairo) to receive the Kittyhawk for exhibition at Hendon. At this stage of proceedings there is no additional information to report.” There were rumors that the museum had arranged to trade a Spitfire aircraft for the P-40.
The P-40 Kittyhawk HS-B ET574 appears to have disappeared for a second time, and the current Egyptian political situation would seem to preclude any further investigation for the near future.

No. 260 Squadron Royal Flying Corps advanced with the 8th Army from Egypt into Tunisia. With the North African Campaign over, 260 Squadron was moved to Sicily following Operation Husky. As the allied forces advanced into Italy it converted to Mustangs and it disbanded at Lavariano on 19 August 1945. 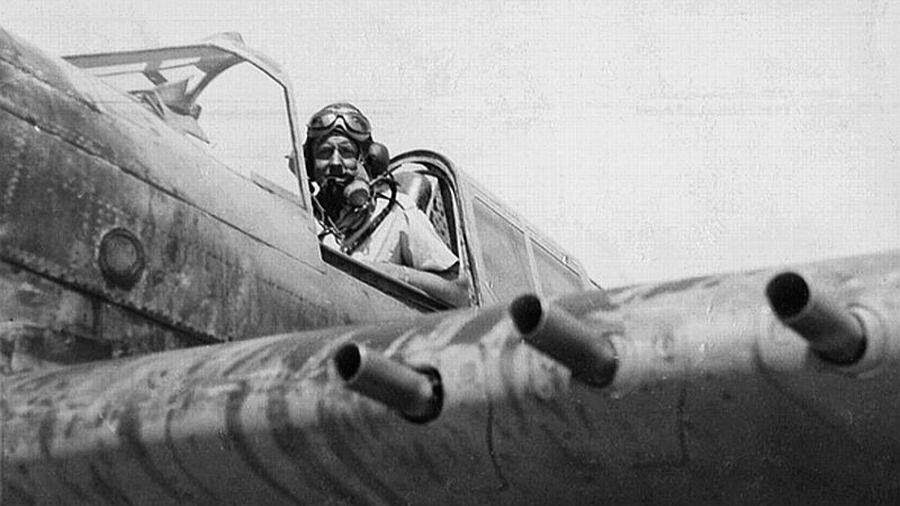