Damian Fulton grew up in Orange County, C.A. and spent a lot of time on the beach as a kid . “It was a special place, elusive in a way- there was a real vibe then; the beach was where the hot rodders. bikers and hippies all got together. and of course the surfers – they got the hottest girls.” He attended California State University (Fullerton) to study art, but found the traditional courses tedious and “worked off his frustrations goofing around on a BMX at Newport Beach”. 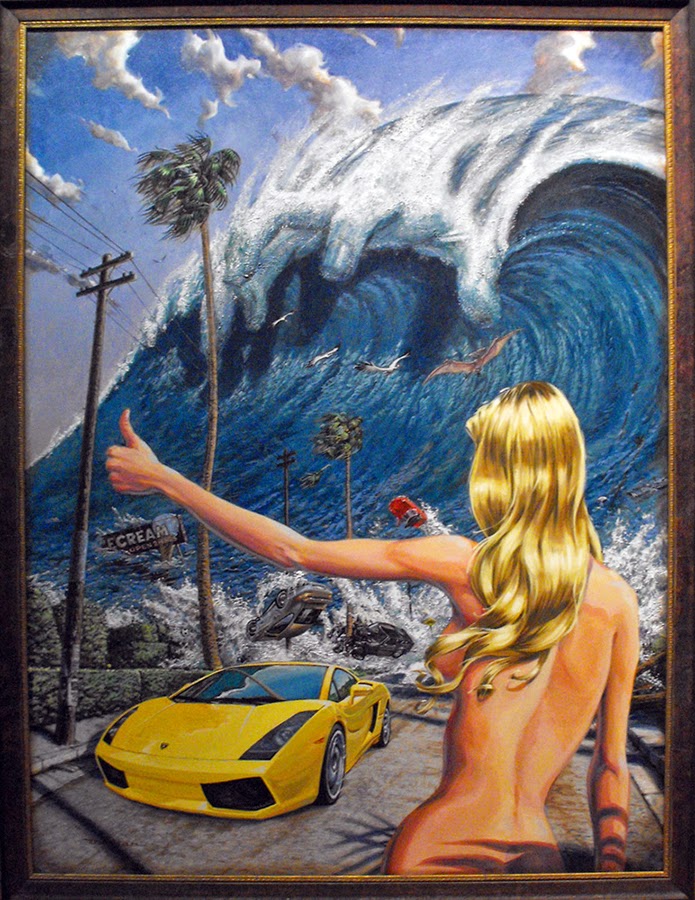 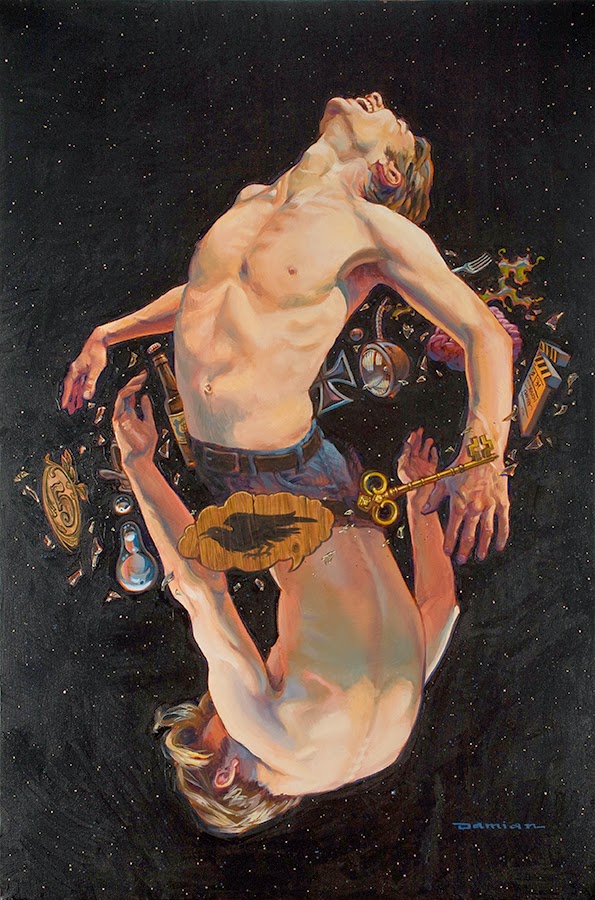 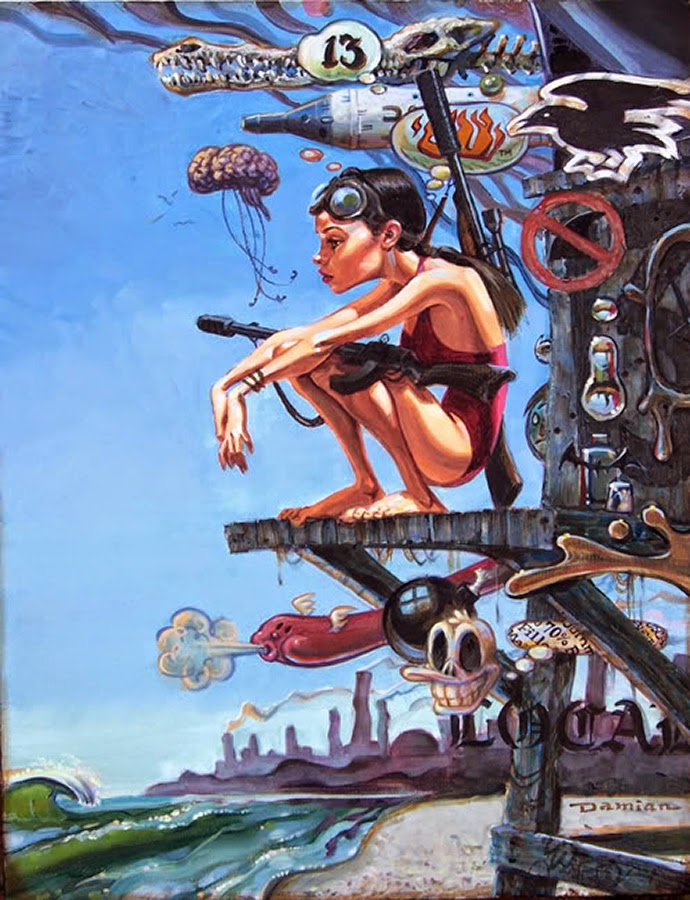 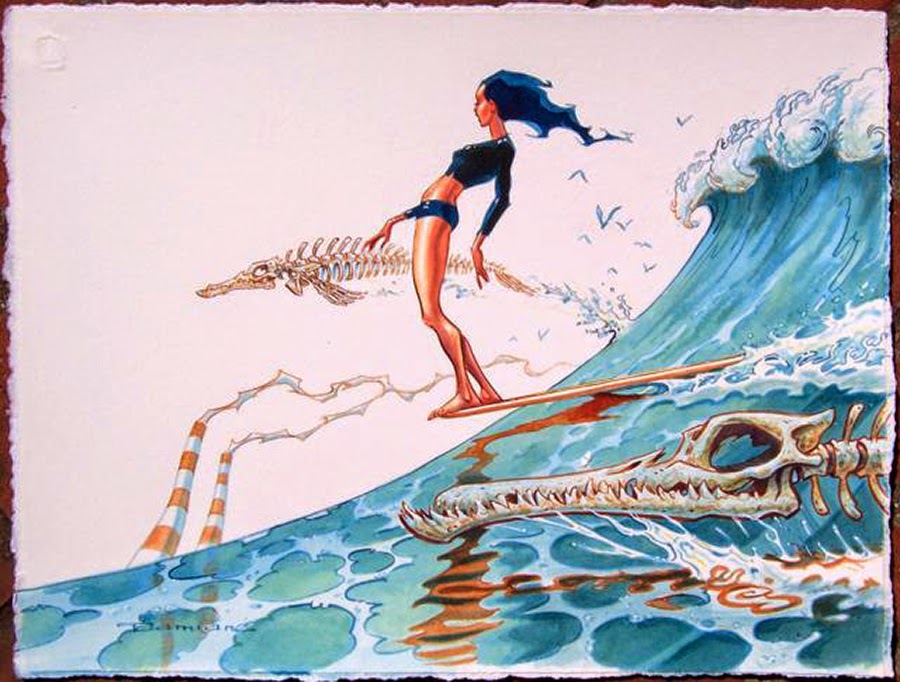 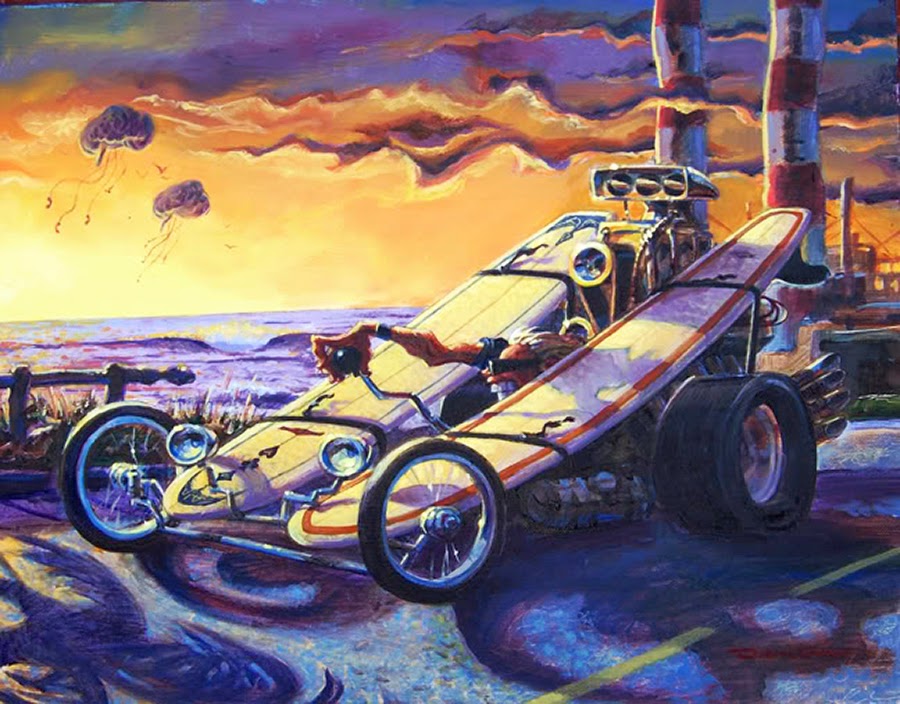 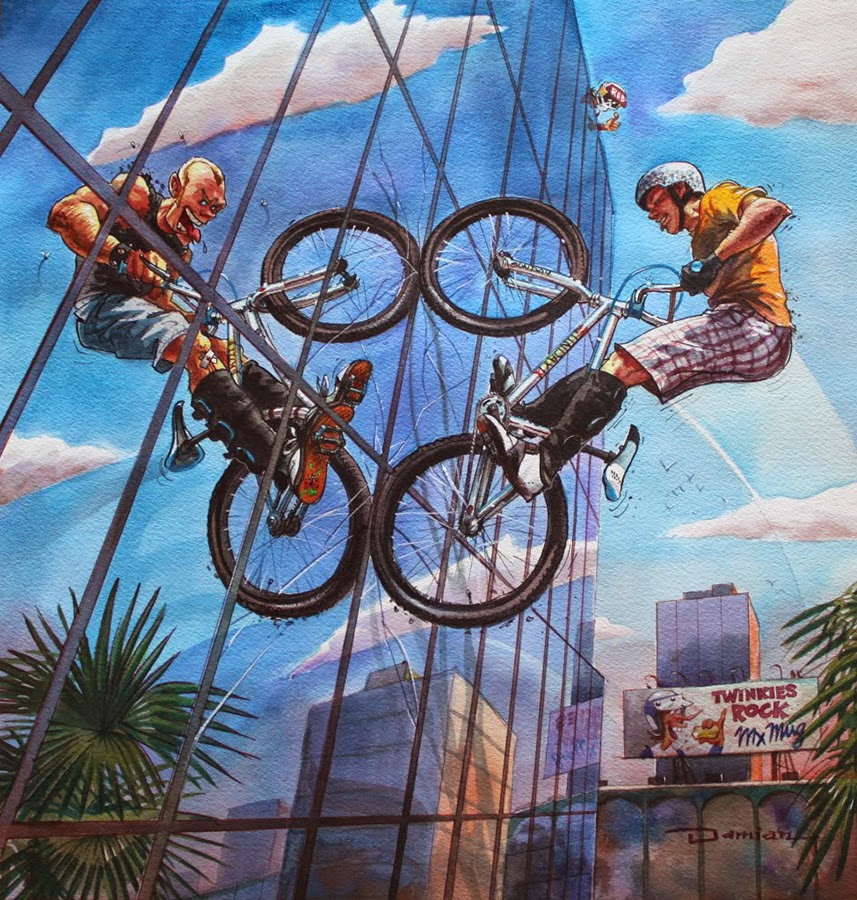 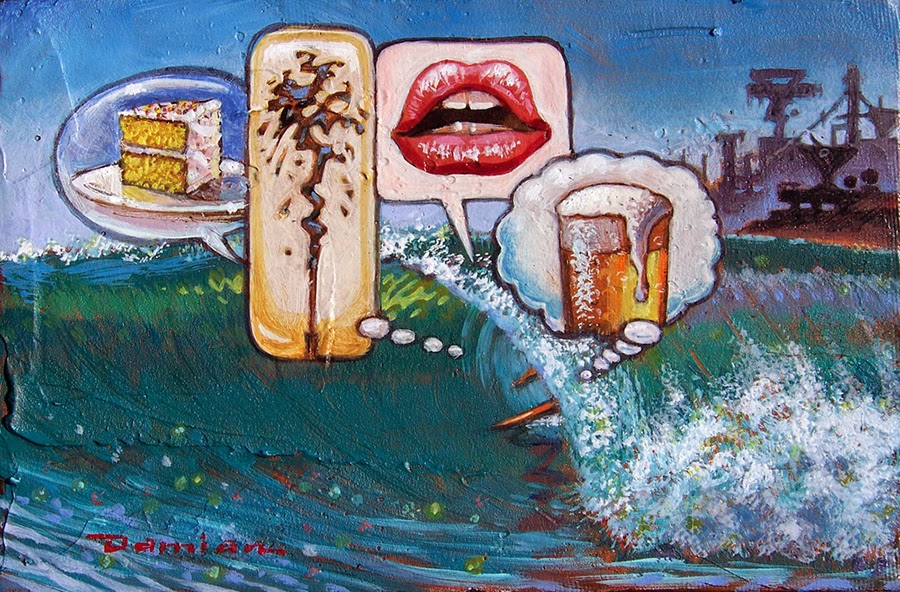 After graduating Damian started creating posters for variaus surf events and comic strips for Surf publications, and then got involved “directing a bunch of commercials for a toy campany that had licensed the classic Disney characters … working with some old Disney artists creating hand-drawn animation.” On a stint at Marvel Comics Damian was creating his own art, a reflection of his experience of Southern California in a mix of intense urbanization and the freedom of beach and surf. 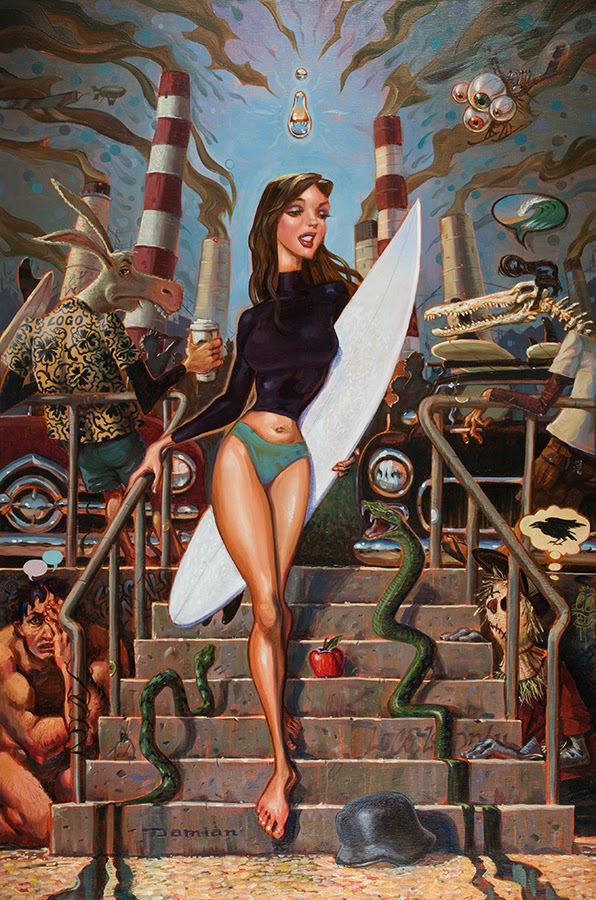 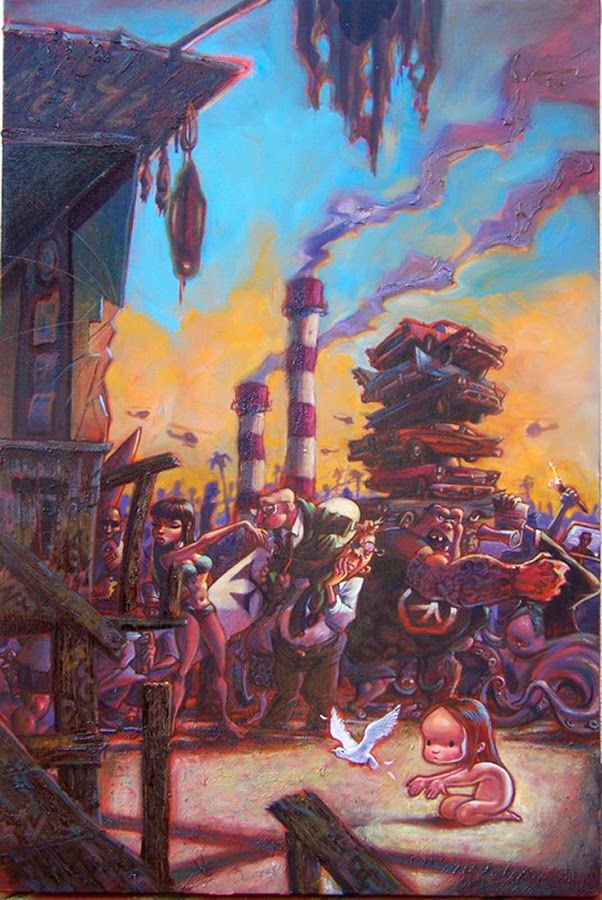 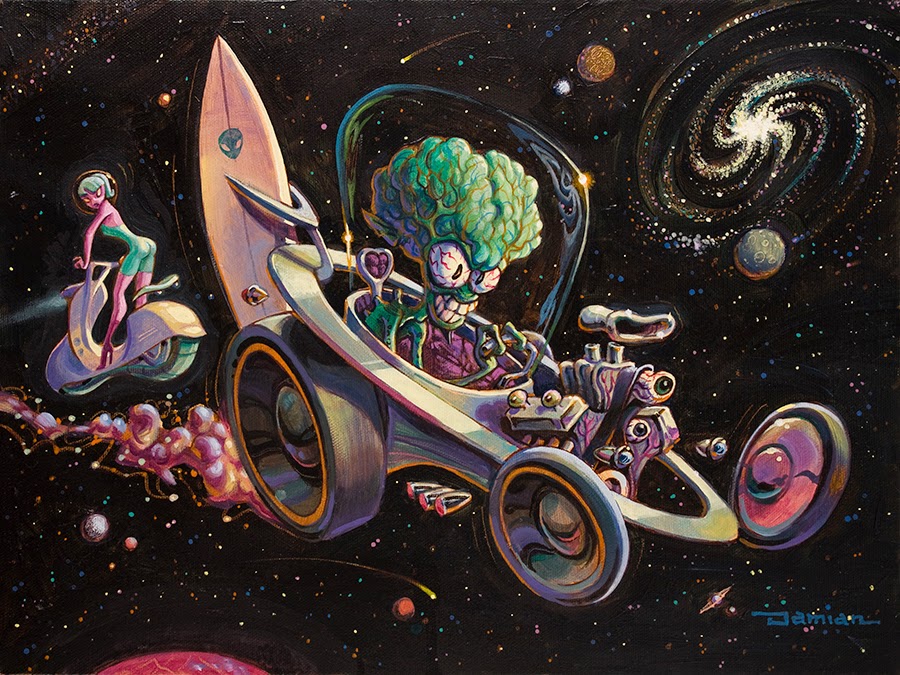 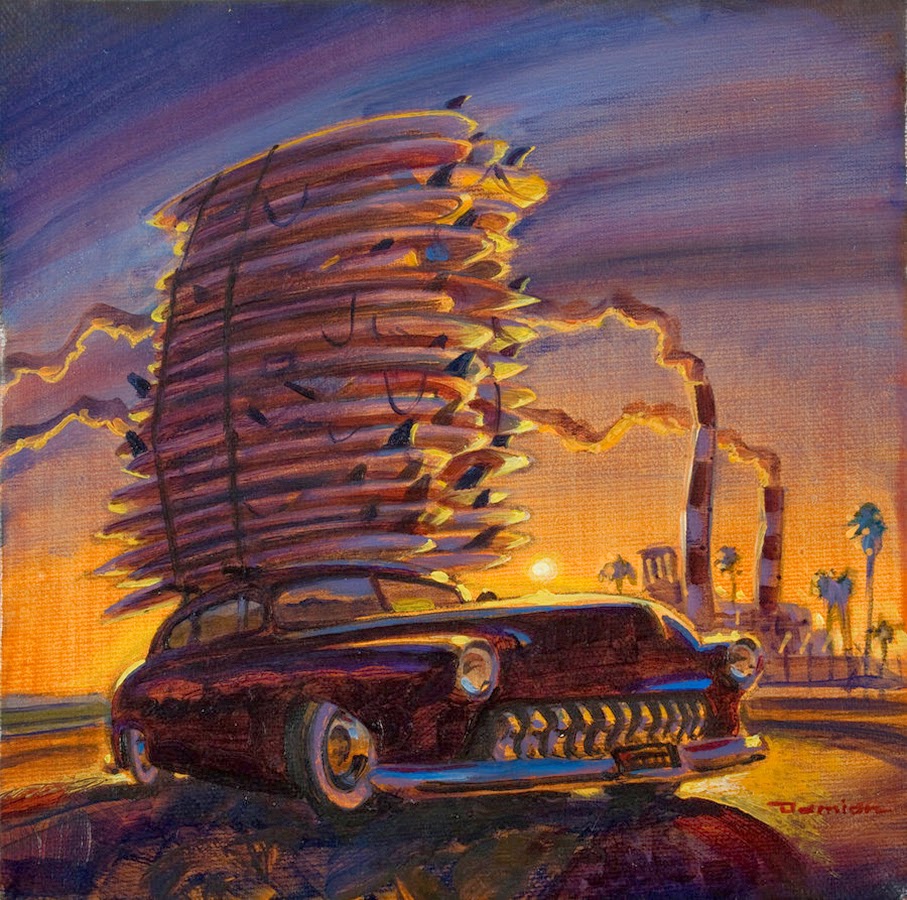 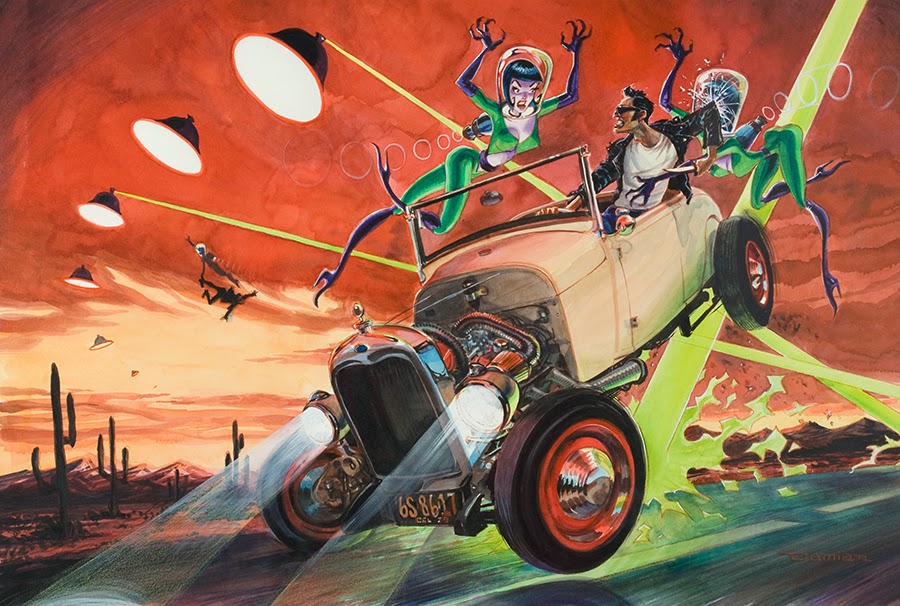 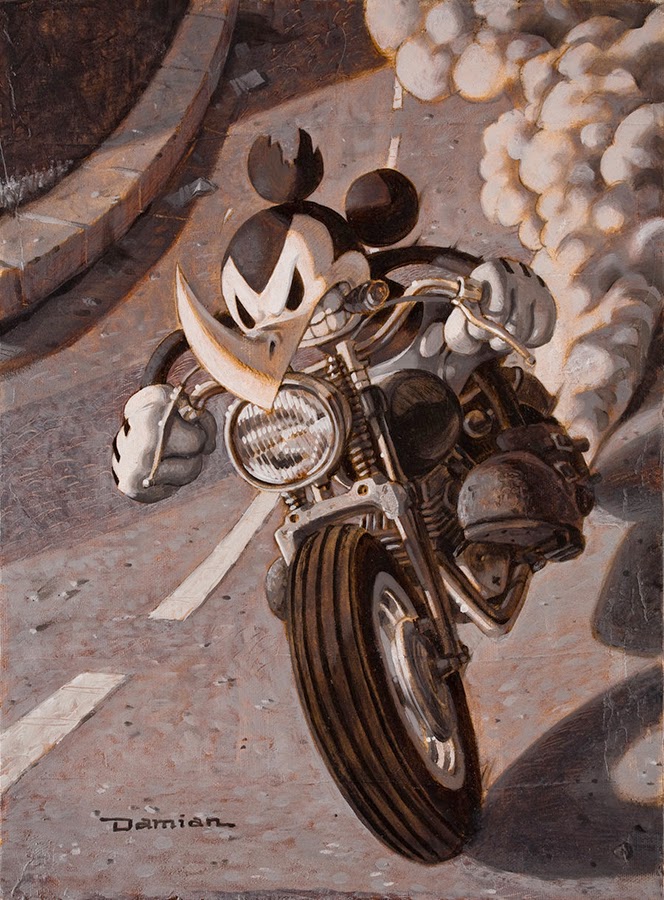 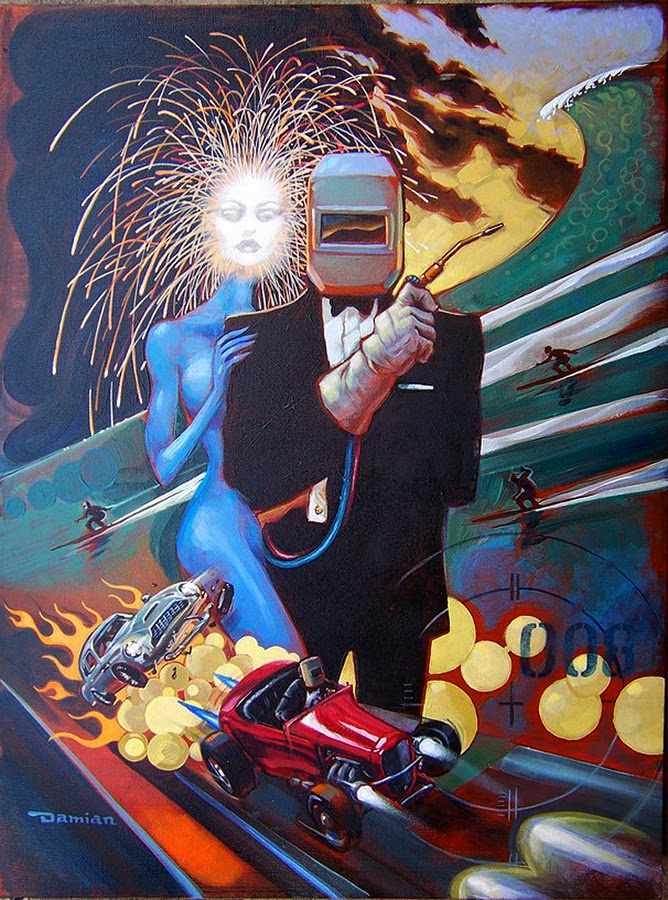 He held his first solo show at Gasoline Gallery and never looked back.
Fulton creates a uniquely original “Urban Surf” vision instantly relatable to those persevering in today’s over stimulated, pop-industrialized world. Influenced by Norman Rockwell and Rick Griffin among others, his blend of scrambled pop imagery launched a career as a cartoonist and illustrator for Surfer Publications and painted surf posters for Ocean Pacific. After doing time at Ogilvy and Mather Advertising in Los Angeles as Senior Partner Creative Director, and Marvel Productions as VP Head of Creative Development, he’s returned to his first love with a vengeance. 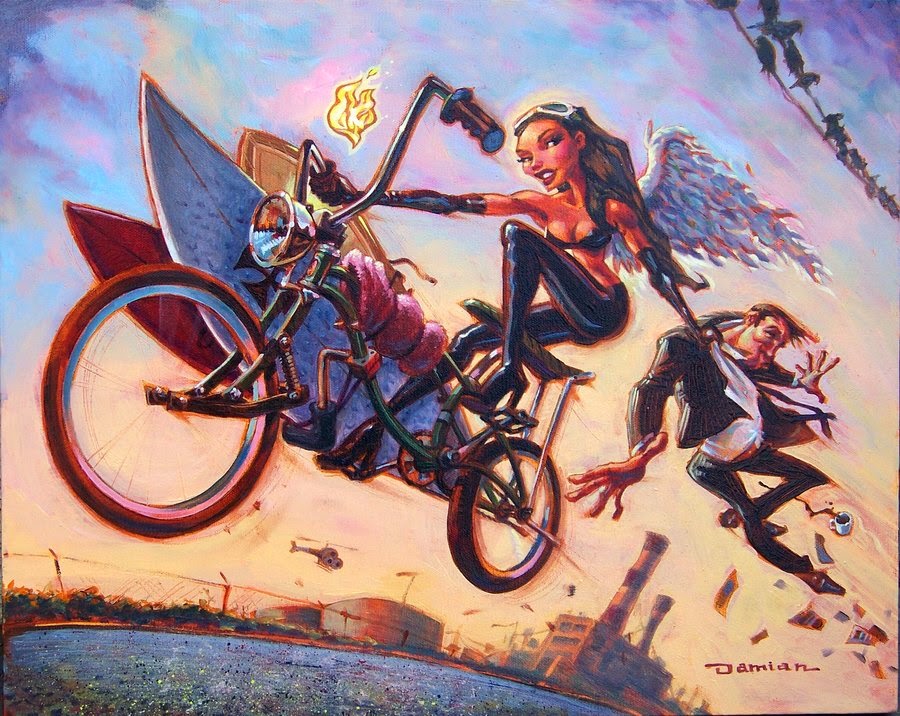 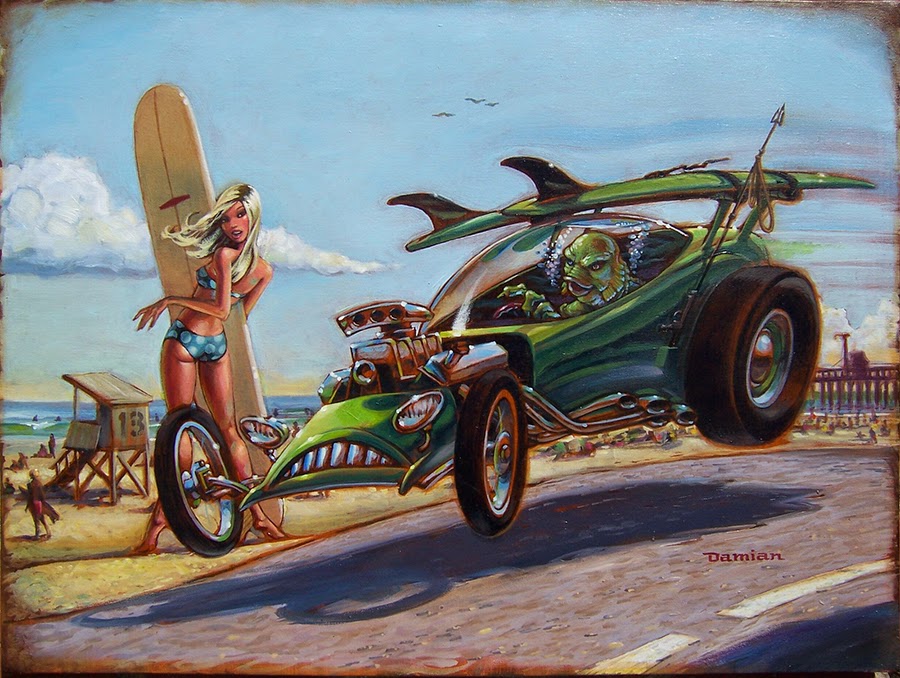 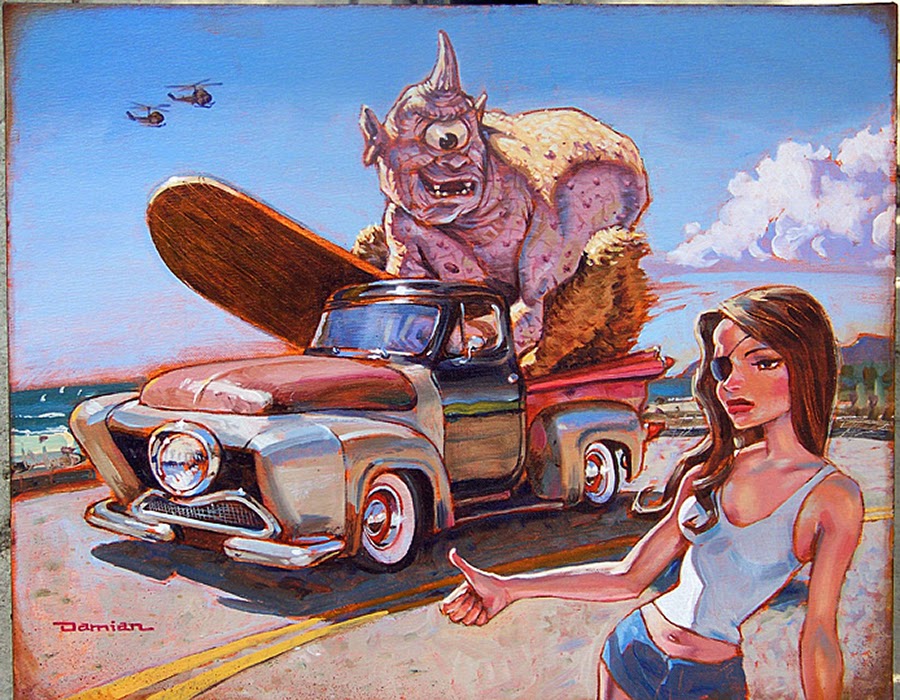 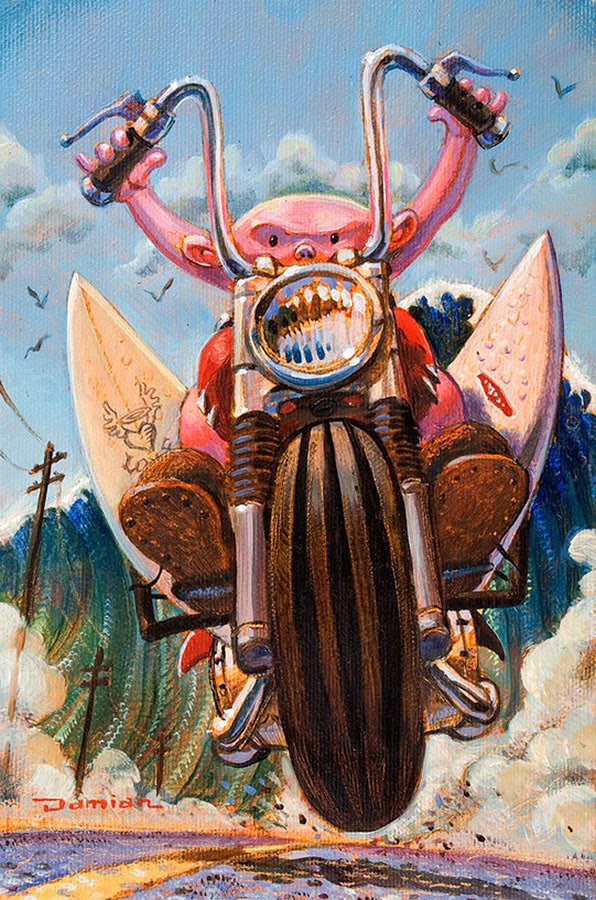 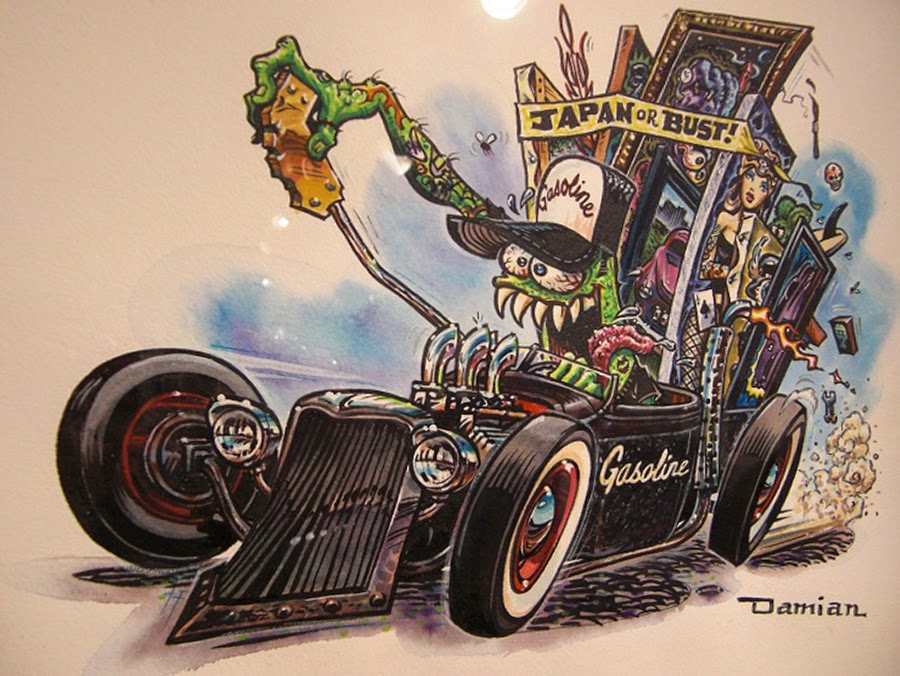 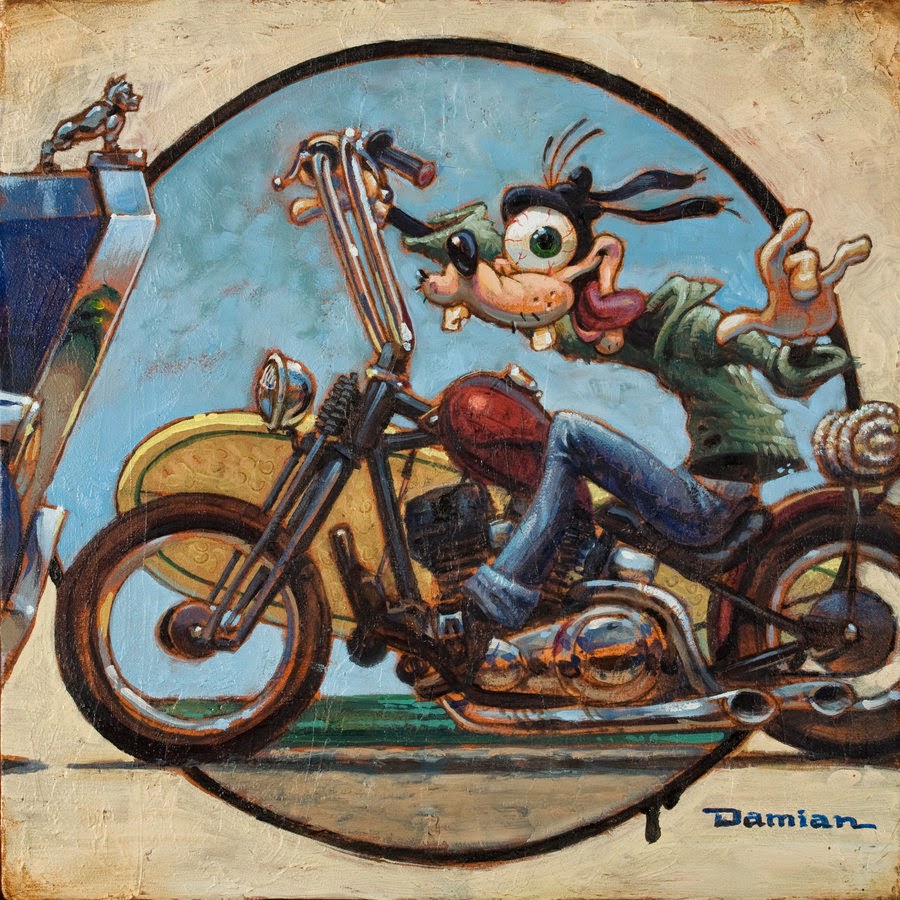 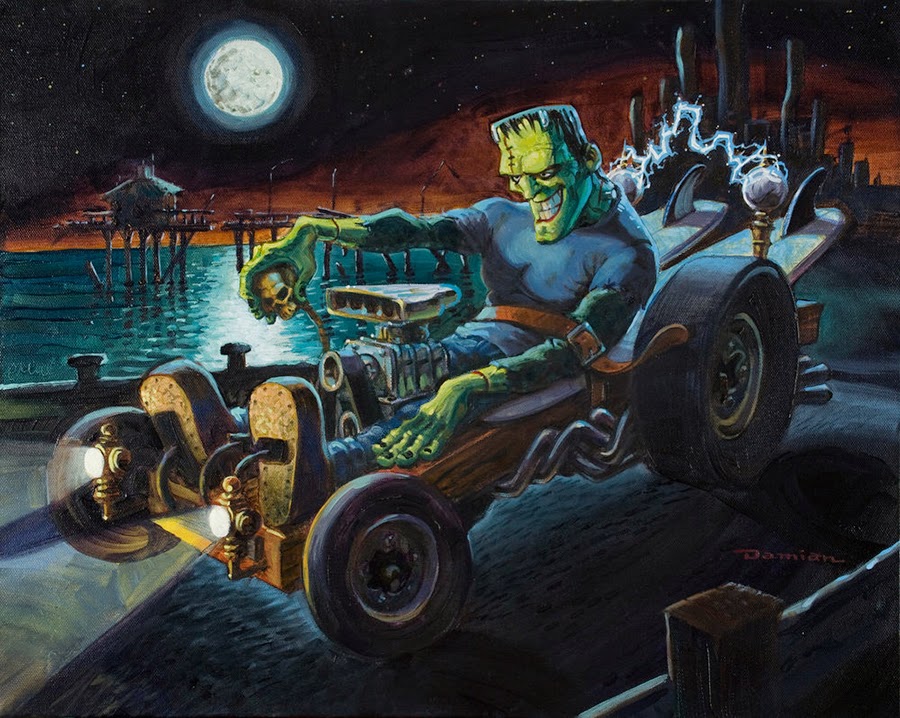