The Russo-Turkish War of 1877–78 was a conflict between the Ottoman Empire and the Eastern Orthodox coalition led by the Russian Empire and composed of Bulgaria, Romania, Serbia, and Montenegro. Fought in the Balkans and in the Caucasus, it originated in emerging 19th-century Balkan nationalism. Additional factors included Russian hopes of recovering territorial losses suffered during the Crimean War, re-establishing itself in the Black Sea and supporting the political movement attempting to free Balkan nations from the Ottoman Empire. 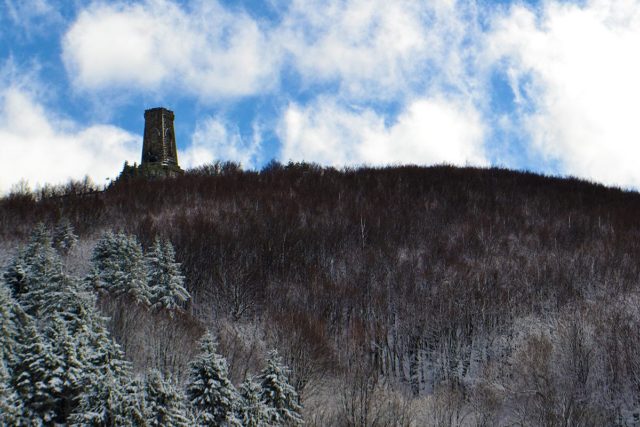 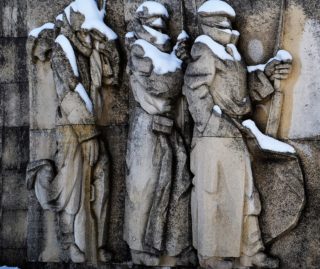 In July, 1877 the Russian Army, aided by Bulgarian volunteers ( опълченци / “Opalchentsi”) faced the army of the Ottoman Empire from a 4,000 foot high pass in the Balkan Mountains of Bulgaria. Four battles would be fought at the Shipka Pass; In the first, Russian General Joseph Vladimirovich Gourko attacked an Ottoman garrison of 5,000 soldiers under Suleiman Pasha, who finally evacuated the pass after three days of heavy fighting.

Suleiman returned with 38,000 Ottomans in August and began an artillery bombardment. On August 23, the Ottoman forces attacked at St. Nicholas where most of the defenders were Opalchentsi; the Russian forces rallied when the 4th Rifle Brigade arrived and all Ottoman attacks were repulsed. On the 26th, an Ottoman attack on  “the Eagle’s Nest” reached the Russian trenches, but was repulsed again by a Bulgarian bayonet charge. More Russian reinforcements arrived and an attack was made against the Ottoman position, but they were driven back to Central Hill. The battle ended as a stalemate for all practical purposes, but the Russians and Bulgarians had made a gallant stand. Near the end, out of ammunition, they had to resort to throwing rocks and even the bodies of their fallen comrades down to repulse the Ottoman attacks. 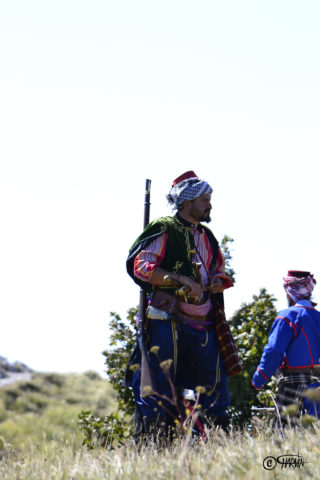 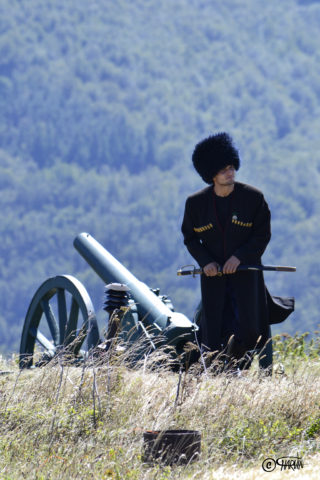 On September 13, Suleiman again began to shell the Russian positions. On the 17th Suleiman launched a frontal assault, capturing the first line of trenches. General Fyodor Radetzky, now commanding the Russian defenses, brought up reinforcements and a counterattack drove the Ottoman forces from their ground. This would be the last attempt from the Ottomans to retake the Pass. 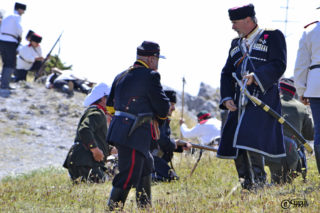 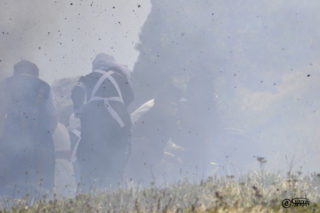 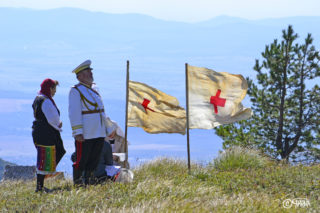 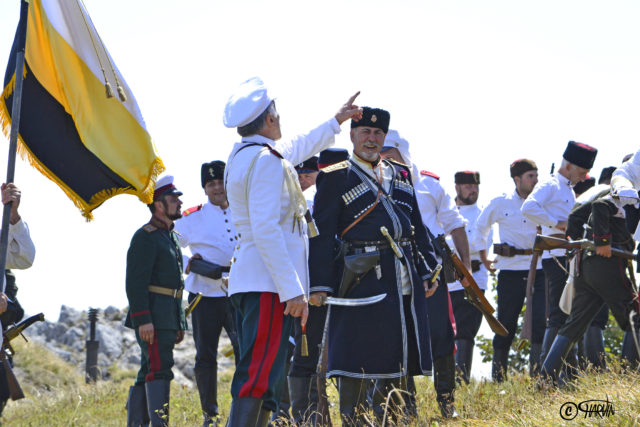 In December, 1877, the fortress of Plevna surrendered to the Russian Army, and General Gourko took 65,000 soldiers to contend with the Ottomans in a final battle for Shipka. Forcing the Araba Konak Pass, Gourko took Sofiaand moved south through the Balkans to cut off the Ottoman army fronting Shipka Pass. General Radetzky, commanding the garrison, made preparations to attack from the pass on January 5 while Gourko brought up two columns under Generals Mikhail Skobelev and Nikolai Mirskii to cut off the Ottoman retreat. 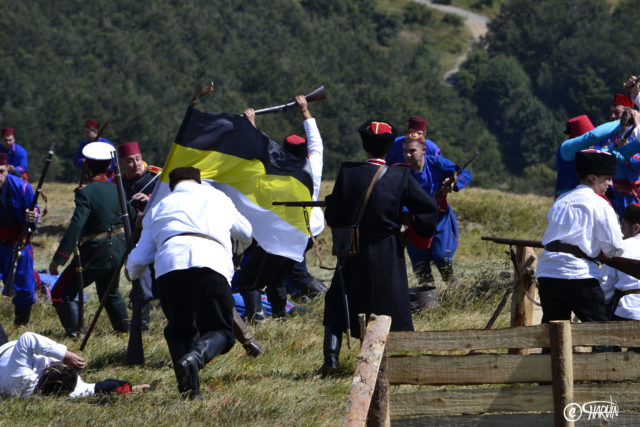 On January 8, Radezky’s attack began but Skobelev was held up by unexpectedly heavy resistance and Mirskii was forced to attack without support, making little progress. On January 9, Mirskii faced an Ottoman counter-attack, but Skobelev was finally able to move forward join the forces. Completely surrounded, the Ottoman troops surrendered the same day. 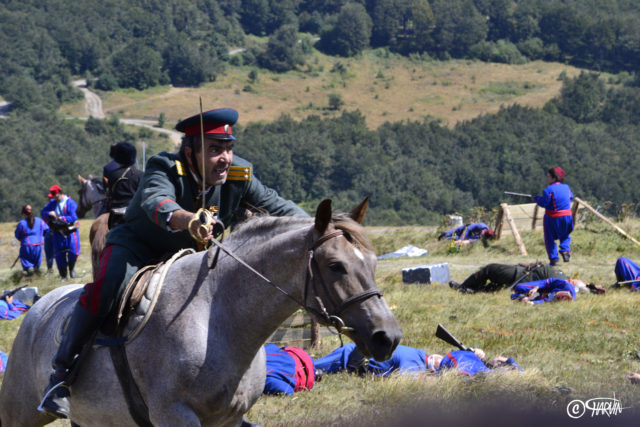 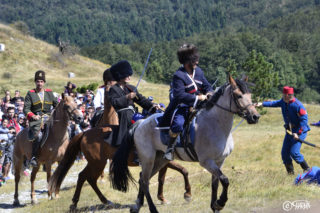 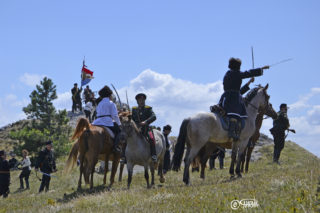 On 16 January 1878, Russian forces under Gourko were able to crush Suleiman Pasha’s army at the Battle of Philippopolis. The Ottoman forces retreated almost to Constantinople. At this time foreign powers intervened and Russia agreed to the Treaty of San Stefano, establishing the autonomous self-governing Principality of Bulgaria.

We rode to Shipka on the 139’th anniversary of the battle and photographed the historical reenactment.

The Battle of Shipka Pass – Balkanhistory.com