I first started finding pics of this place online a few years ago- sporadically at first, but as word spread around the internet more started popping up. It was only recently that I found the full story on the place, thanks to Dynamite Dave. Appears that it was even featured in an issue of Iron Horse back in 2010, but considering that I’m way out on the fringes of Western Kulture I somehow missed that issue. 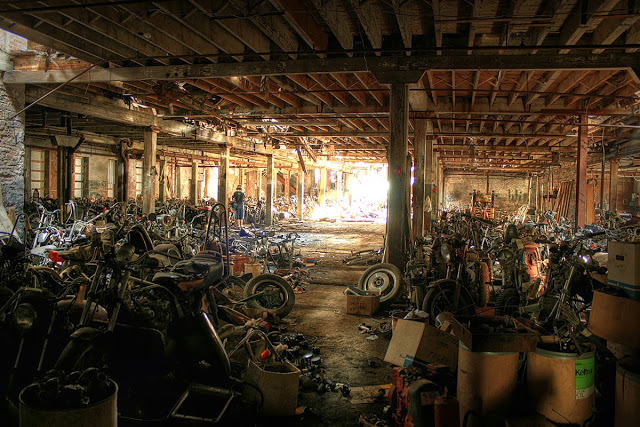 The first references I saw for this place was a photoset by Chris Seward done as part of a gallery exhibit for the University of Rochester back in 2010. 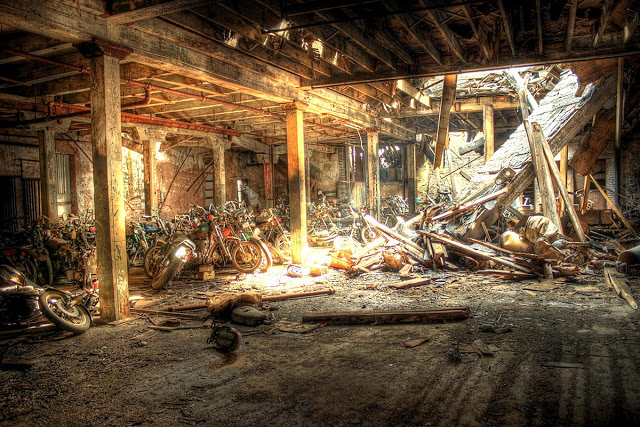 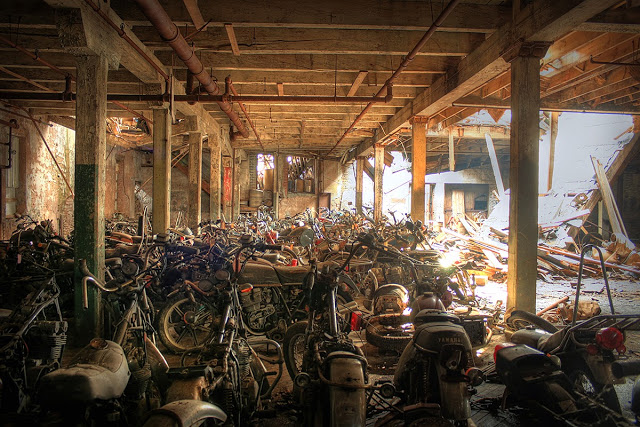 “Dave” apparently saw the same set, and being both a) about 4500 miles closer to the scene and b) invested with significantly more enthusiasm, he decided to track it down. In September 2010 he rode up to Lockport NY. with a buddy and found the building, doing a bit of the old surreptitious broad daylight URBEX (which always gets the adrenaline flowing) and grabbing a few pics. He later managed to get a pretty good history of the building and the bikes, and tracked down the owner. 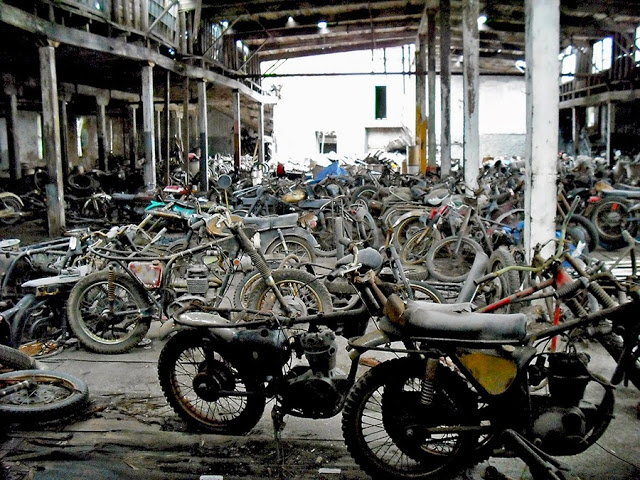 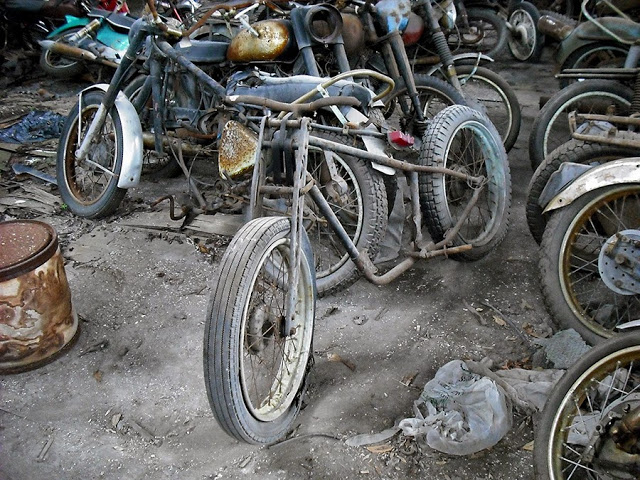 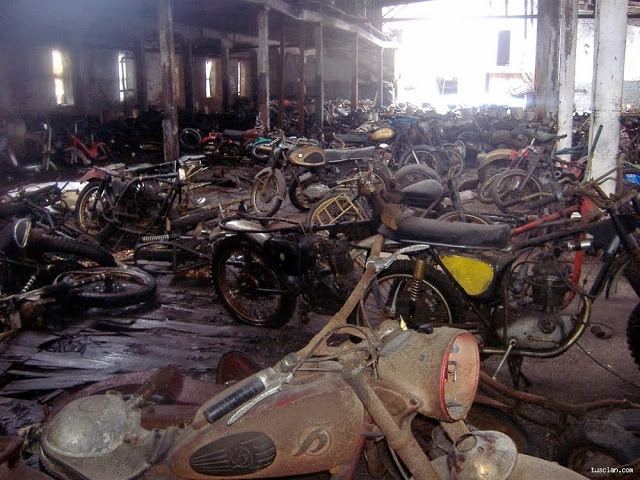 The motorcycles were collected by Walter Kohl, who along with his wife Anna owned and operated several bike shops around Lockport NY over a 60 year time period. In 1969 Kohl established “Kohl’s Motorcycle Sales and Service” at 12 West Main Street; he moved the shop in 1974 to Richmond Ave. but kept the West Main building until 1986 for storage. The Kohls were dealers for BSA, Moto Guzzi, and Yamaha at various points, possibly Triumph as well: they would also take trade-ins, and bought inventories of defunct dealerships.
Kohl had several other locations for storage, both in Lockport and Niagara falls. In the early 1970’s he purchased the building at 71 Gooding St. which eventually gained fame as the graveyard. Originally constructed in 1875 for a brass bed frame company, the building had easy access to the Erie Canal which must have made it popular, and among other things it historically served as a cider mill and ceramics factory. 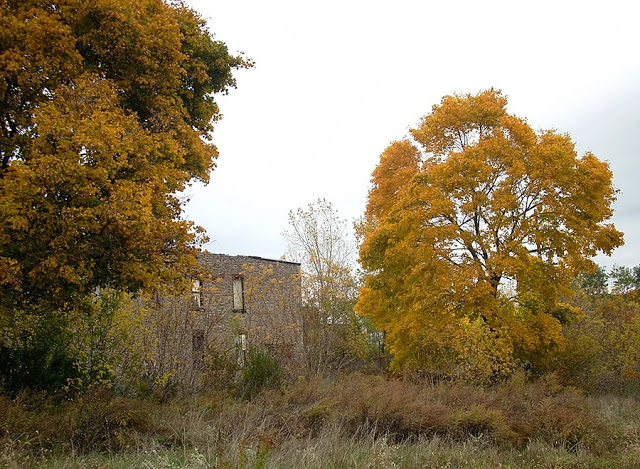 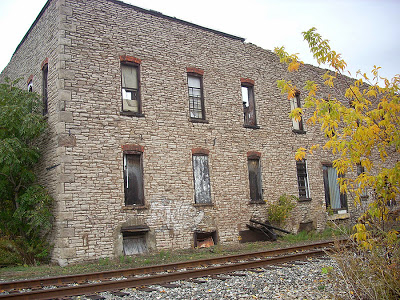 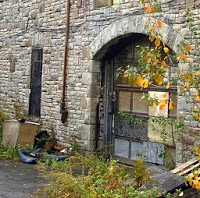 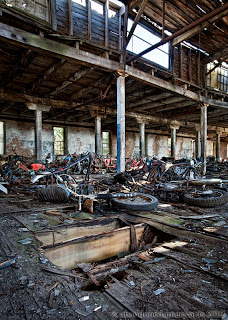 Around 1997 Kohl sold the building and motorcycles to “Frank”, who operated the business as Kohl’s Cycle Salvage, selling parts off of the hundreds of motorcycles. Although he had begun paying the back taxes, the interior of building was now falling apart and the roof was caving in.
With Frank unable to afford repairs the City of Lockport condemned the building, and it basically became an open picking grounds for anyone in the know. With the building condemned Frank didn’t see a reason to continue paying taxes, and the city also assumed ownership of all of the contents of the building. 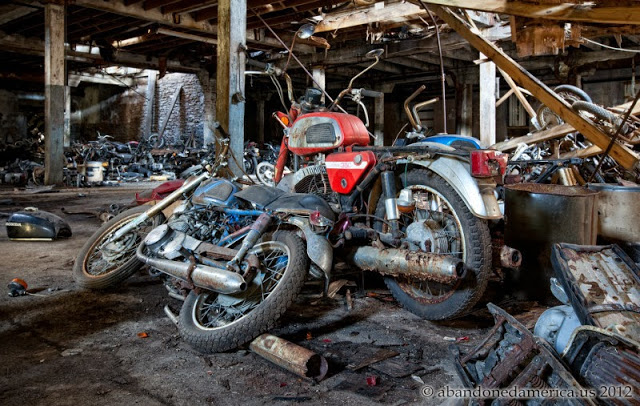 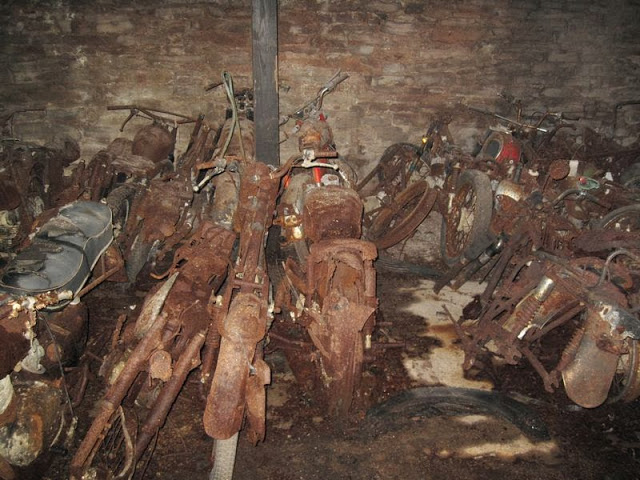 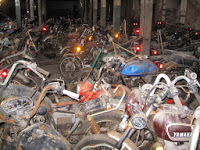 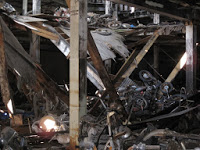 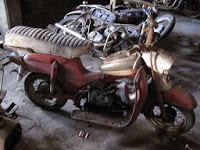 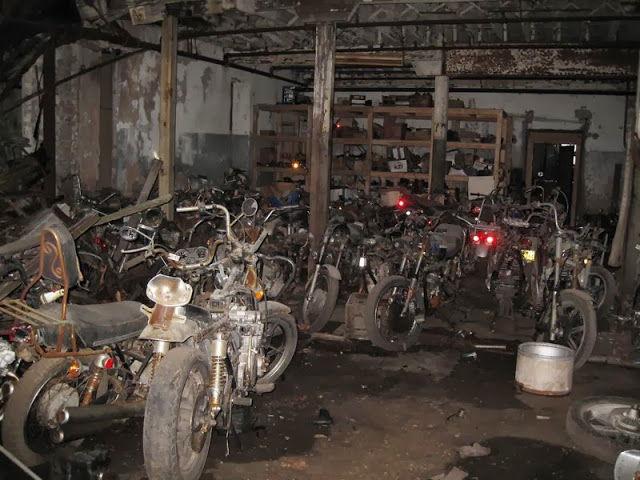 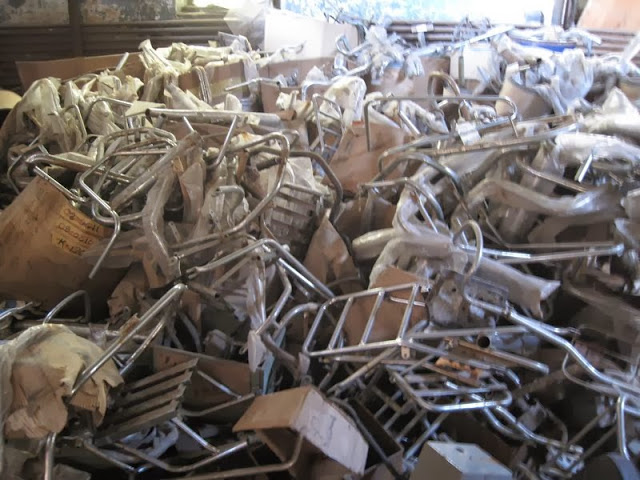 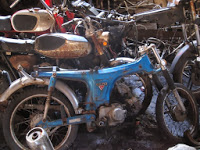 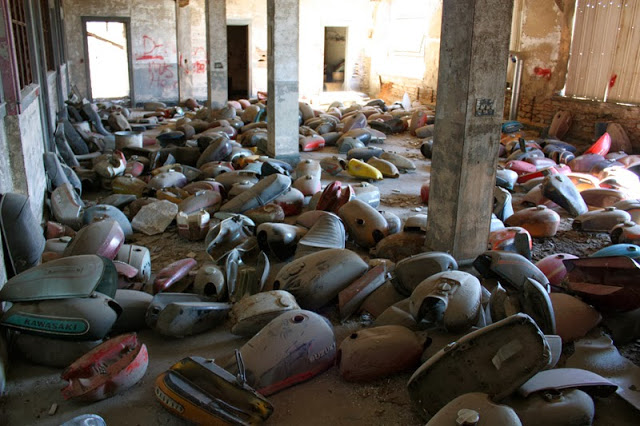 Walter Kohl died in 2002 at the age of 82 . Frank successfully sued the City of Lockport for ownership rights to the contents of the building and was issued a deadline of mid November 2010 to remove the contents. By October Frank had begun scrapping motorcycles. 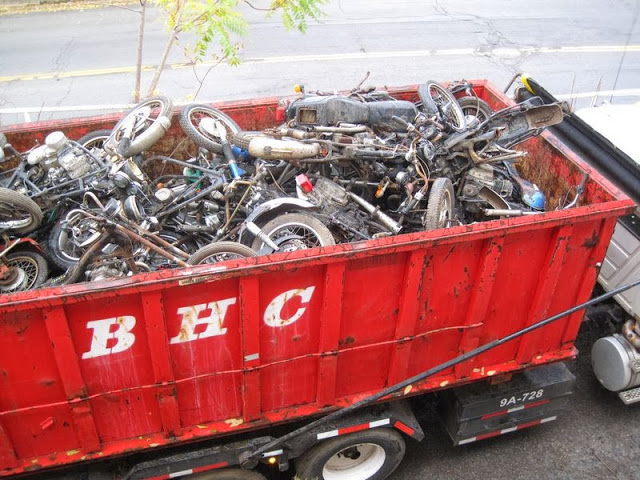 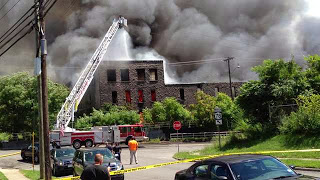 On Tuesday July 30th, 2013 Lockport Police and Fire departments received a 911 call reporting a fire at 71 Gooding Street. At about 2 p.m. the building’s north wall collapsed. Three people, believed to be in their teens, were seen running from the building shortly before flames broke out.

BTW, if any of my readers want to donate old biker magazines to a good cause (i.e. enhancing my soggy gray matter) please drop me an email at charvin23@gmail.com. English language reading/reference material is in pretty short supply out here and thanks to the EU even Google is rapidly becoming useless. 😉