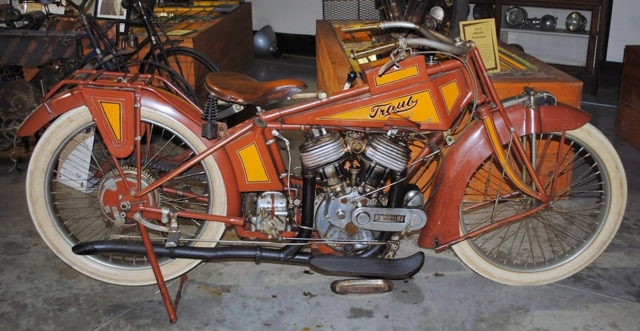 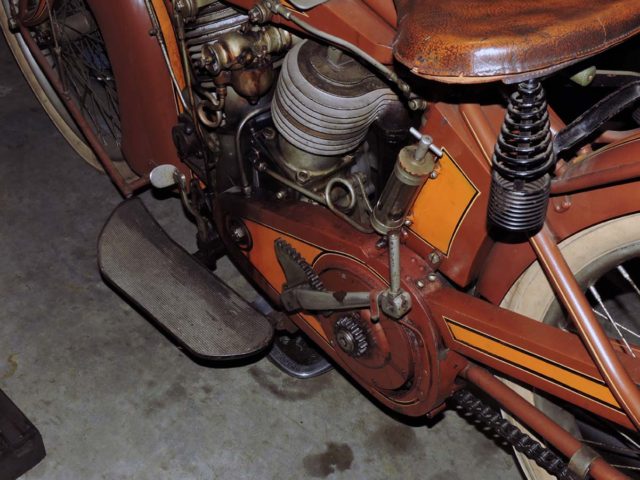 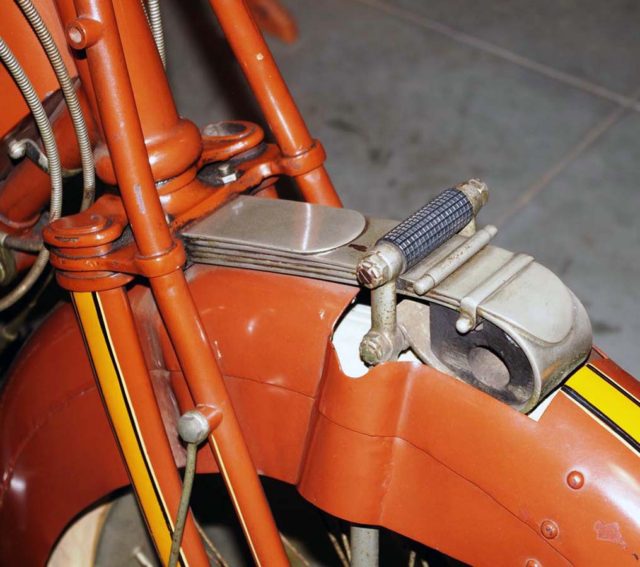 The v-twin engine is unique to the Traub and is a sand-cast, hand-built, 80 cubic-inch, side valve, motor, while the three-speed transmission is thought to be one of the first of its kind. The rear brake setup is also unique and consists of a dual-acting system that employs a single cam that pushes an internal set of shoes, while pulling an external set of contracting shoes.

The motorcycle utilizes two clutch levers; a conventional foot-operated mechanism, and also a hand lever that sits alongside the fuel tank on the left-hand side. The lever gate for the shifter is also unique, operating what could have been the first three-speed gearbox on an American motorcycle. Even more, the transmission also features two separate neutral positions, which are marked on the shift mechanism with a zero. These are found between first and second gear, and between second and third gear. 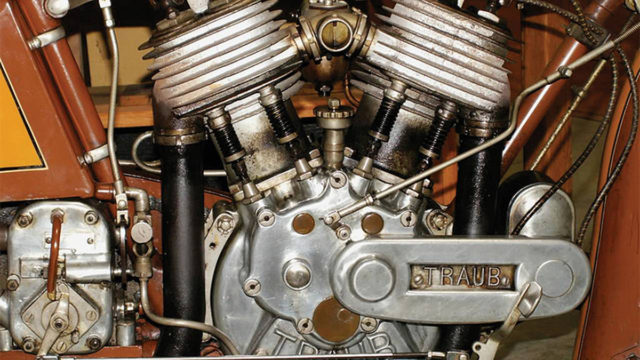 The powerhouse is a beautifully crafted 78ci V-twin engine with a 4in stroke and a 3 7/16in bore, yielding an engine capacity of 1,278cc, which was large for the time. The majority of big displacement motorcycle engines from the Traub’s era were around 1,000cc (61ci). Using a side-valve arrangement, the top of the cylinders feature a gas primer valve, and it’s fitted with an adjustable crankcase breather and unique engine mounts.

The motorcycle was first traded to Torillo Tacchi, a motorcycle shop owner in Chicago in exchange for a $700 Suzuki. Tacchi restored it and kept the bike for some 10 years. He later sold it to Bud Ekins (Steve McQueen’s stuntman) while Ekins was on set of the Blues Brothers movie in the late 1970s. The Traub was later sold to California collector and restorer, Richard Morris, who then sold it to Wheels Through Time Museum curator, Dale Walksler, in 1990. It has been on permanent display in the museum collection ever since.
Allegedly the only parts that had to be fabricated in the final restoration were the base gaskets; the bike is so perfectly machined that no other gasket was used anywhere in the engine, one more significant indicator that this was not a mass-production machine. 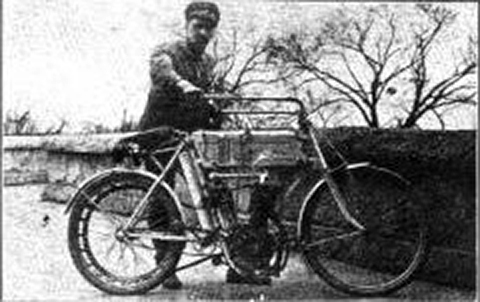 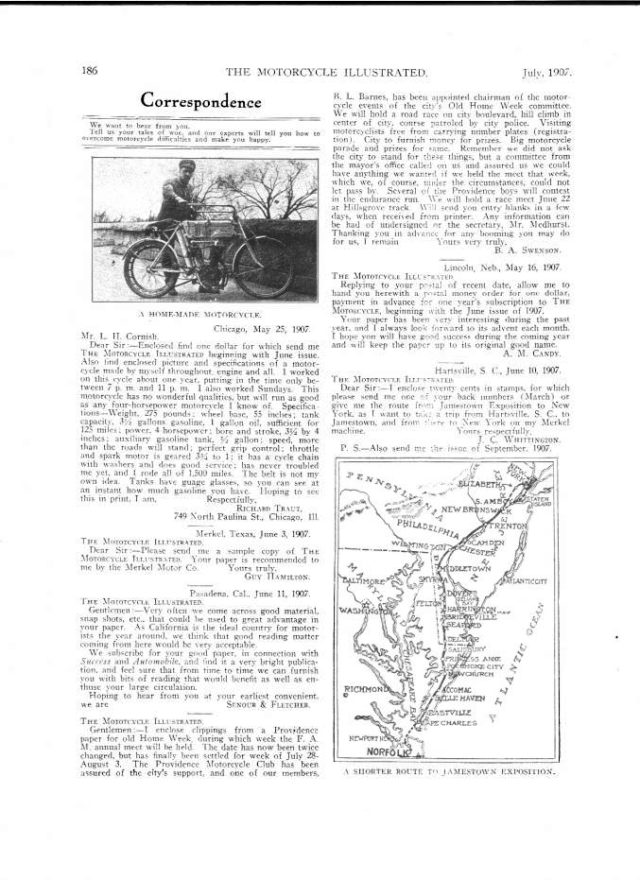