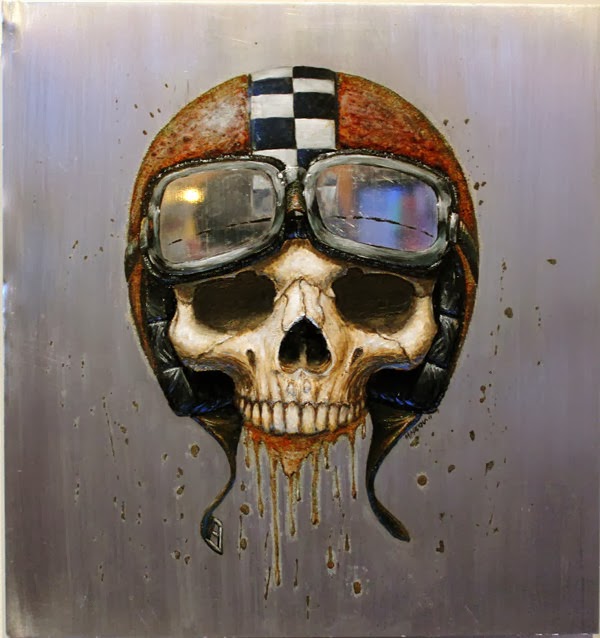 Malicious, aka Leigh Kuilboer, is a self taught artist living in Melbourne, Australia.
“I grew up in a small back-of-no-where country town, called Mildura. A place where there was not much to do but twiddle your thumbs, raise hell or sneak alcohol and get drunk. I’ve been drawing for as long as I can remember, it was how I escaped the boredom.”

“I found inspiration in some of the classic artists from 2000AD (a British comic), Simon Bisley, Carlos Ezquerra and Collin Wilson and even from some random places like Tee shirts and album covers. I think there was more illustrated artwork on most things back then. I guess Photoshop hadn’t made it too easy to simply whack a manipulated photo everything and call it done.” 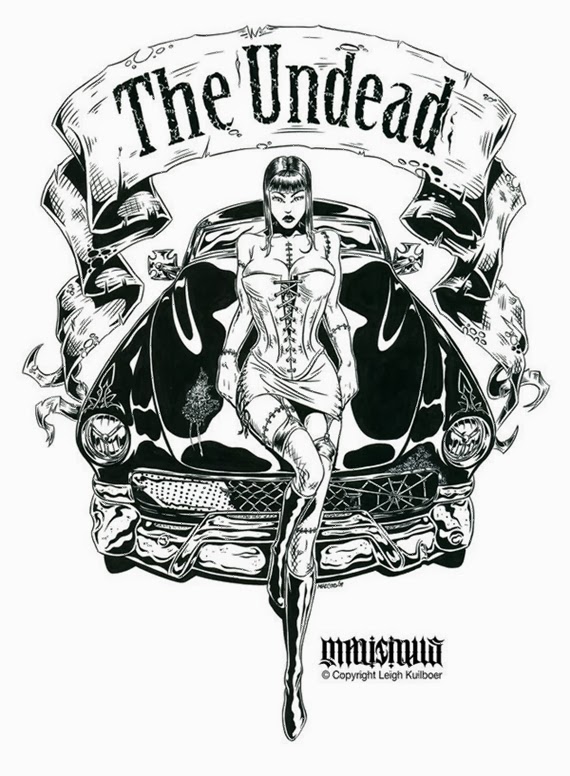 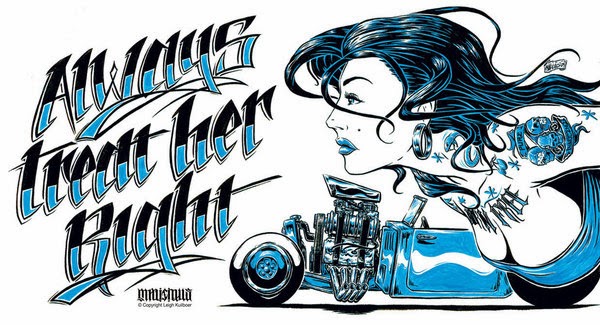 “I basically drew and caused trouble the whole way through school, so when time came to work out what I was going to do with the rest of my life I figured I may as well try and get paid to draw pictures. Being that I wasn’t allowed to be an artist (“Leigh, you need a stable career!”), I studied Graphic Design, hoping that I could continue being creative. I moved to the ‘Big Smoke’ after finishing my degree and Bachelor in Design and got a string of jobs at printers and in advertising studios. From there I got my break and moved into designing for fashion labels.” 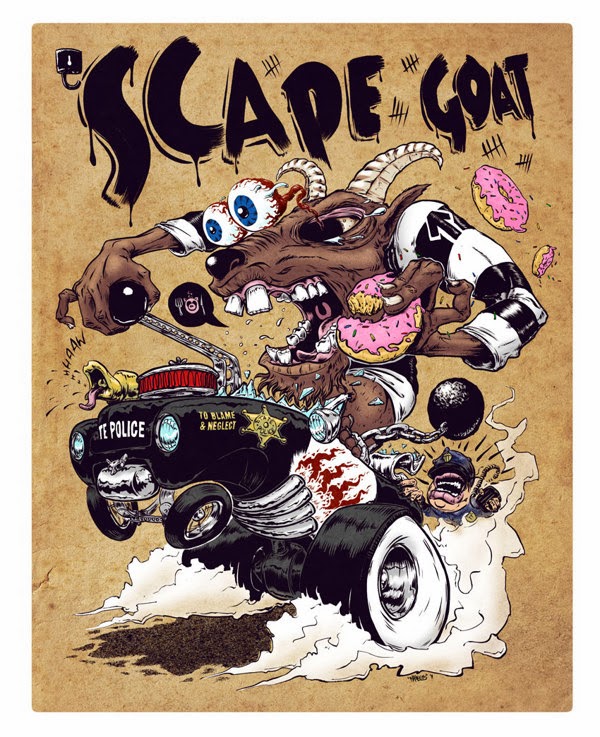 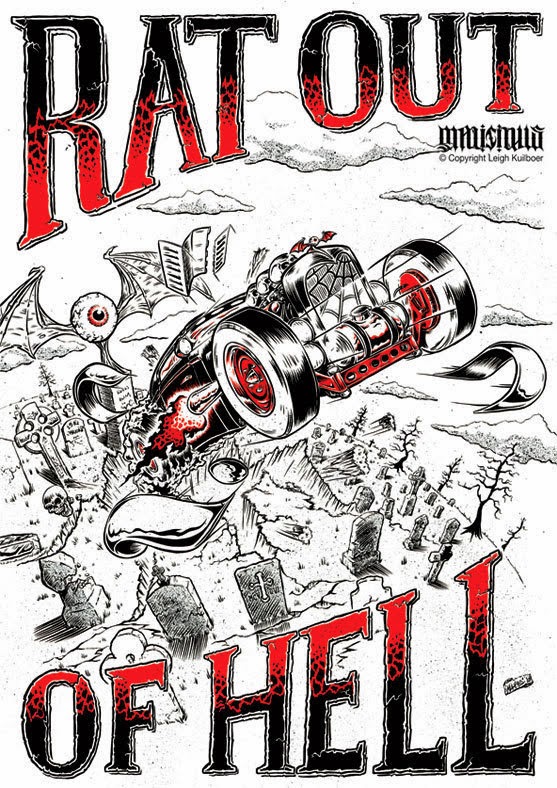 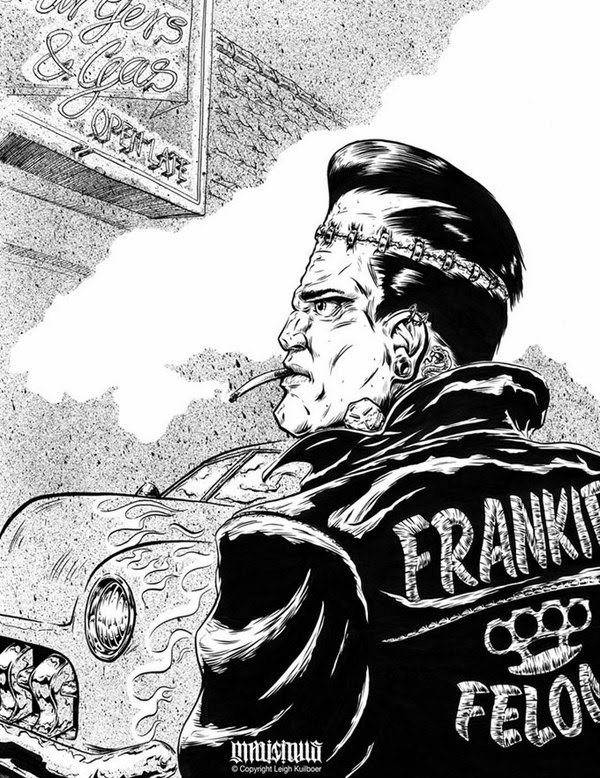 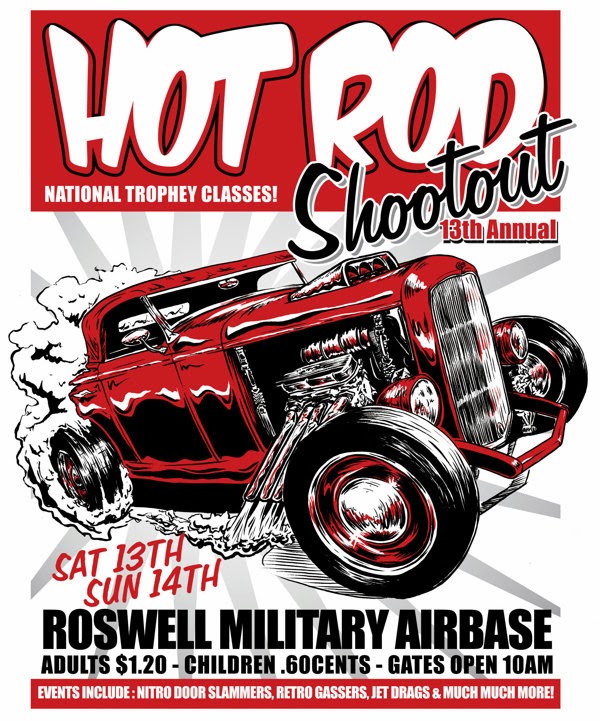 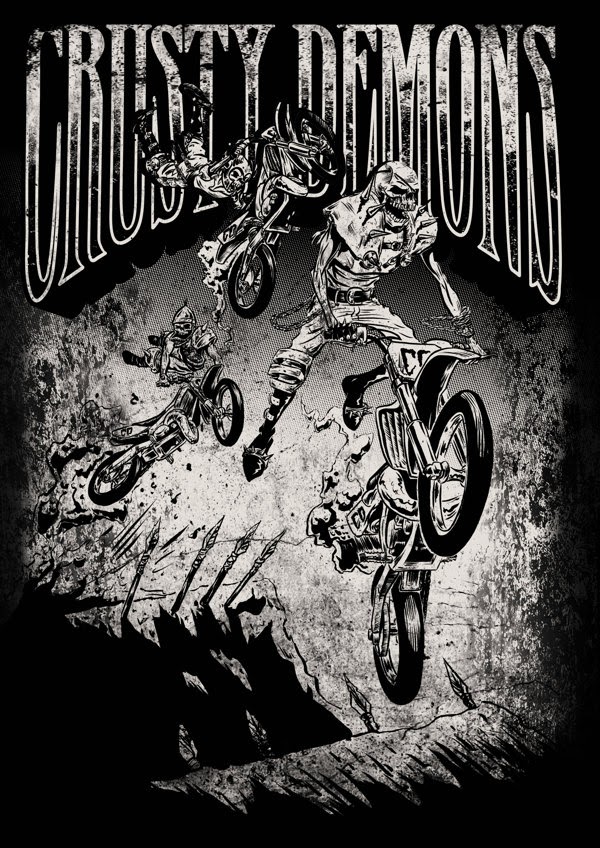 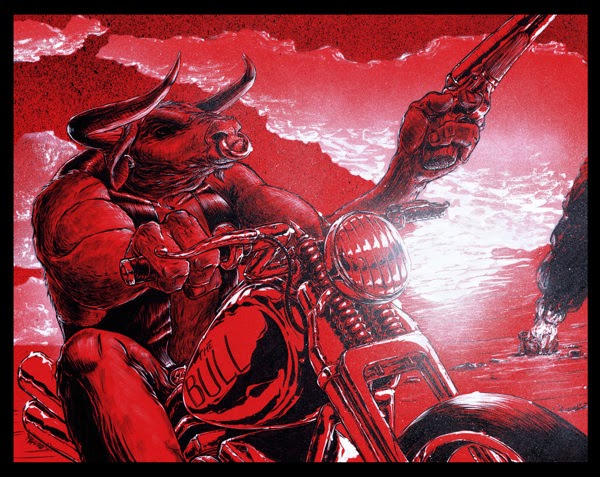 “I have always searched out a way to express my creativity. I turned to cars for a while, modifying my own car, then an old Falcon panel van (a ’50 plymouth is also on the way). But cars cost a lot of coin and time, soon they were starting to become an obsession rather then an outlet. After working on them also I still felt unsatisfied creatively because I couldn’t achieve what I wanted to with my limited budget. So I started to scale down the amount I did on cars and started to re explore drawing.” 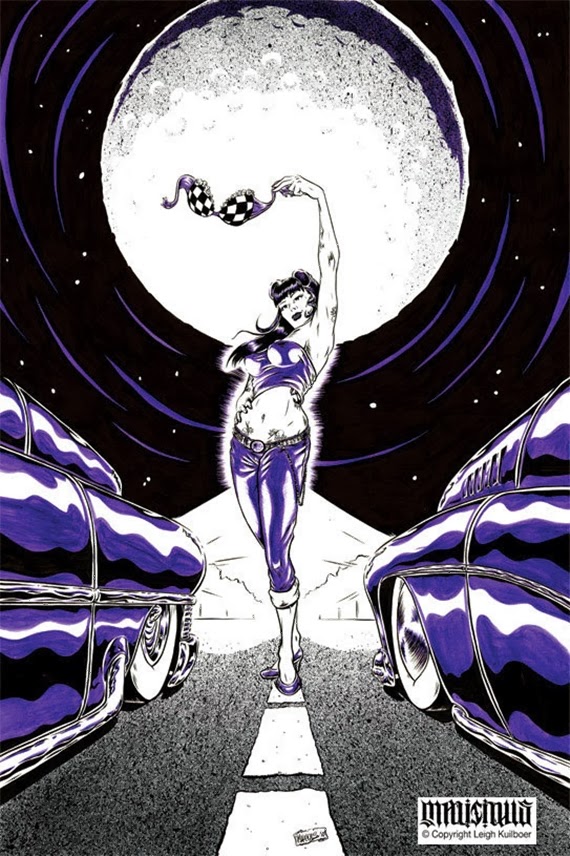 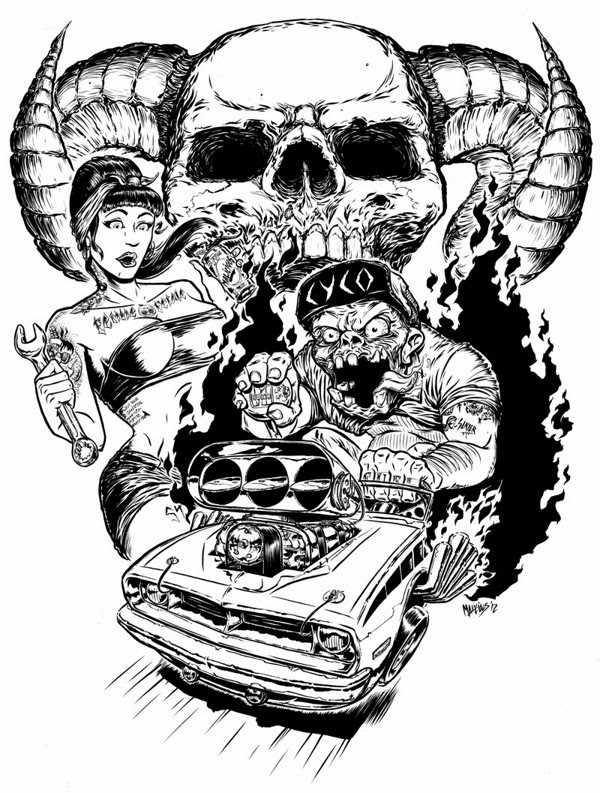 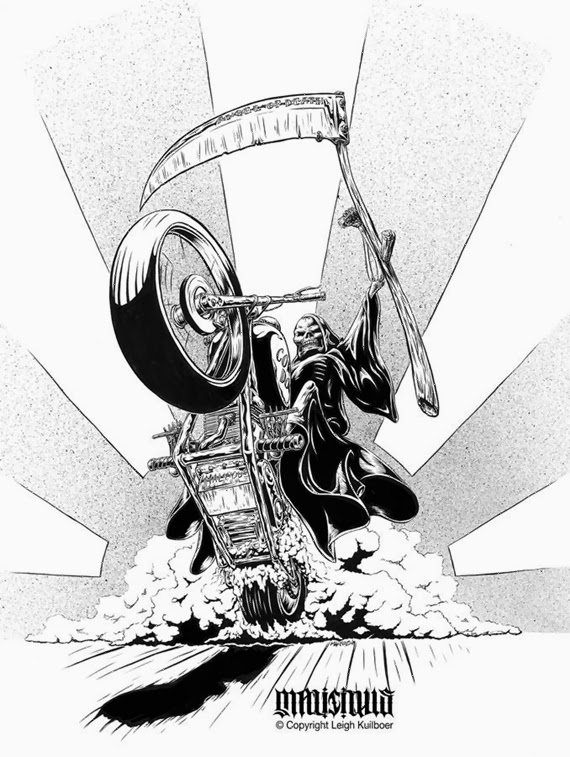 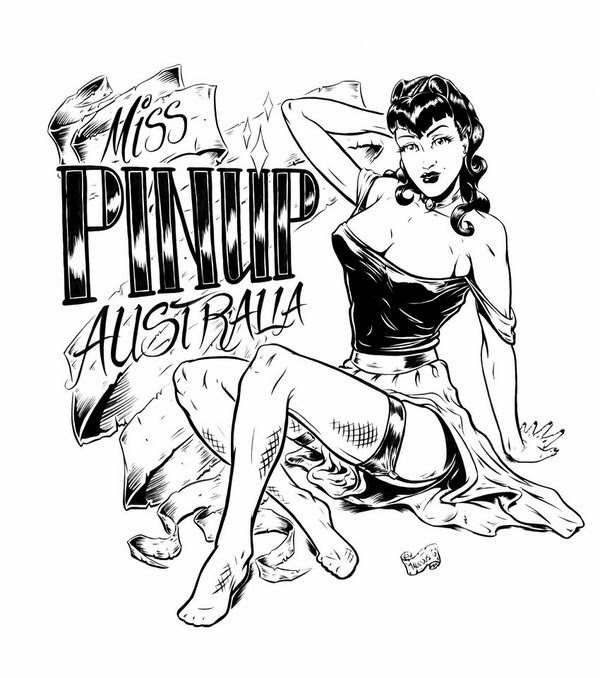 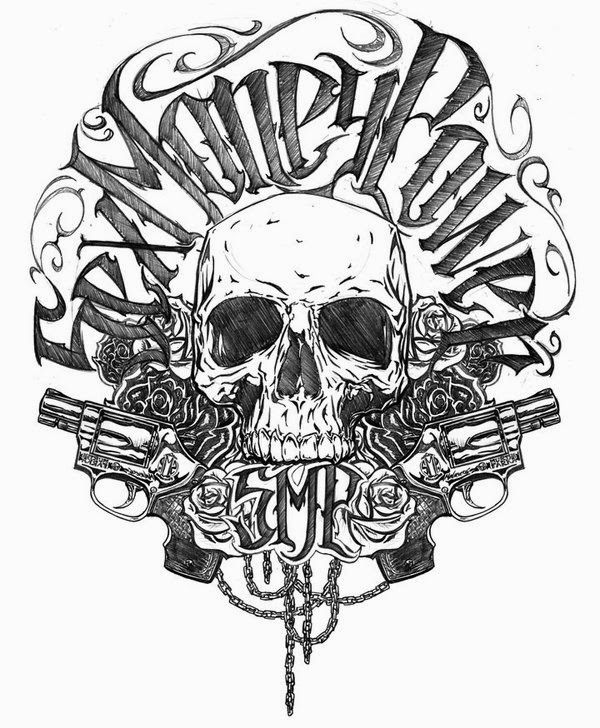 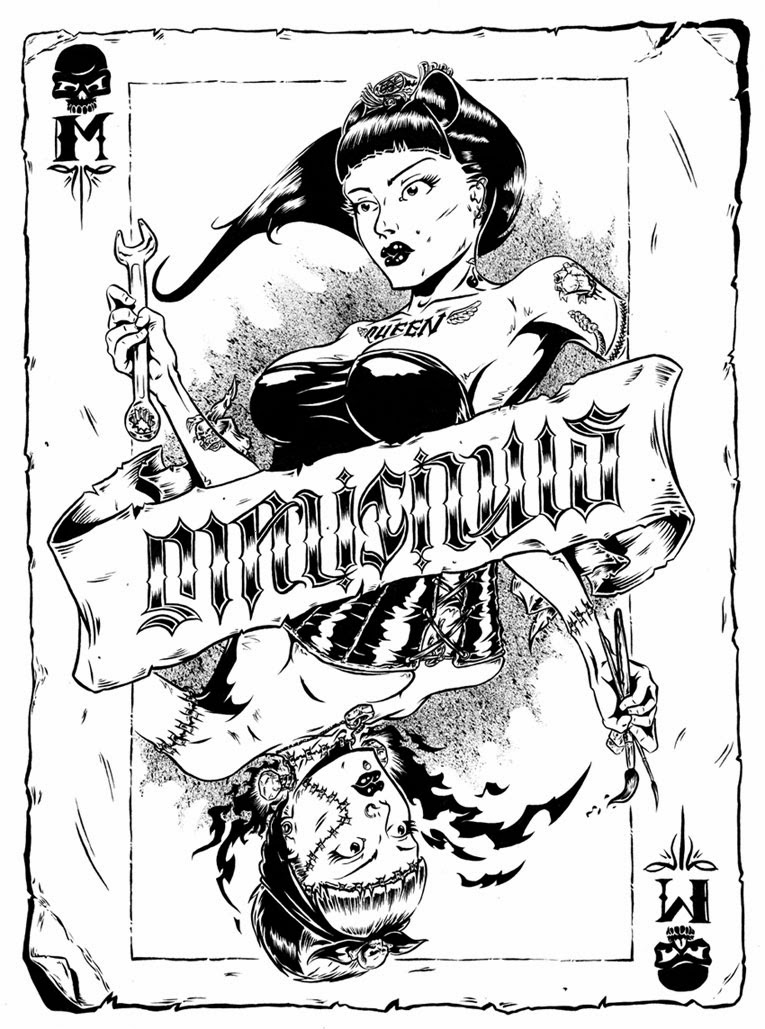 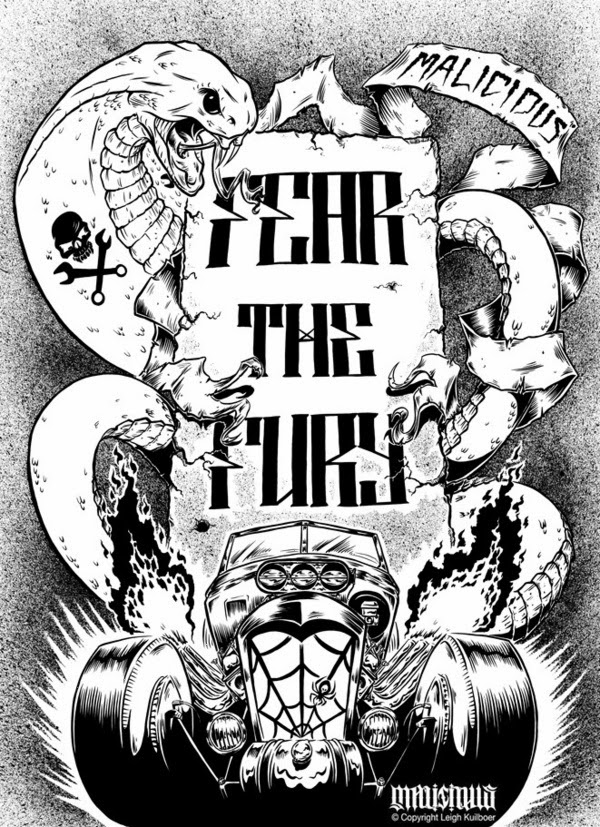 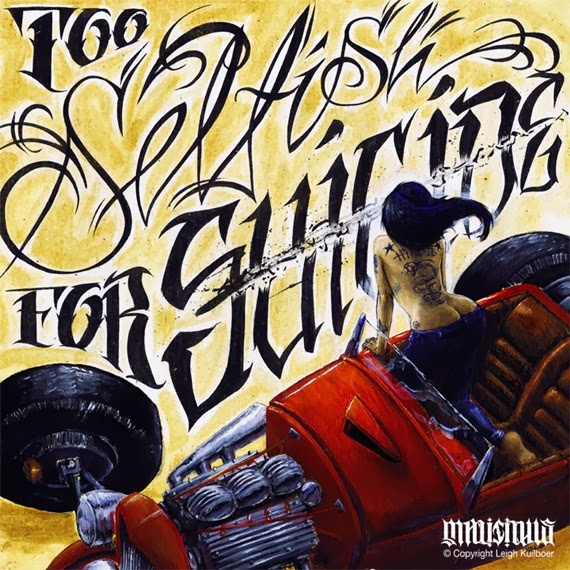 Malicious has had multiple shows in Melbourne and Sydney, as well as The Drop in Switzerland and the Gasoline Gallery and California Screaming in the USA.