Ok, so I know this is a bit off the normal topics of bikes and hot rods and titties, but it is incredibly cool and very much noteworthy. 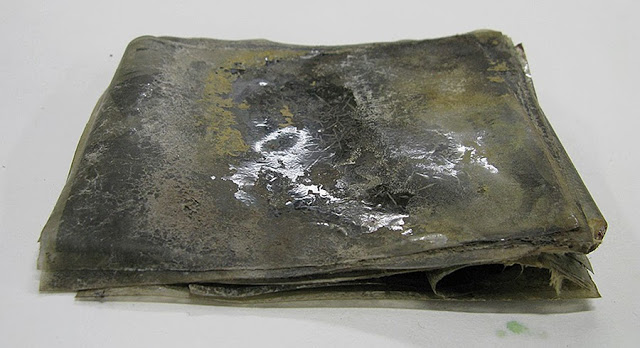 The Antarctic Heritage Trust is charged with the restoration and maintenance of the historical expedition bases in the Ross Sea Region of Antarctica; including Carsten Borchgrevink’s Hut on Cape Adare, Robert Scott’s Huts at Hut Point and Cape Evans, and Ernest Shackleton’s Hut at Cape Royds.

On December 10, 2013 the Trust announced that they had discovered a small box at Cape Evans containing a frozen clump of  cellulose nitrate negatives left behind by Ernest Shackleton’s 1914-1917 Ross Sea Party. The expedition had spent time living in Scott’s hut after being stranded when their ship blew out to sea.

The Ross Sea party was tasked with creating a series of supply depots for Shackleton’s expedition across the Great Ice Barrier from the Ross Sea to the Beardmore Glacier, a route established by previous explorers. Even after being stranded they continued to drop off food and equipment, unaware that the  expedition had been aborted. 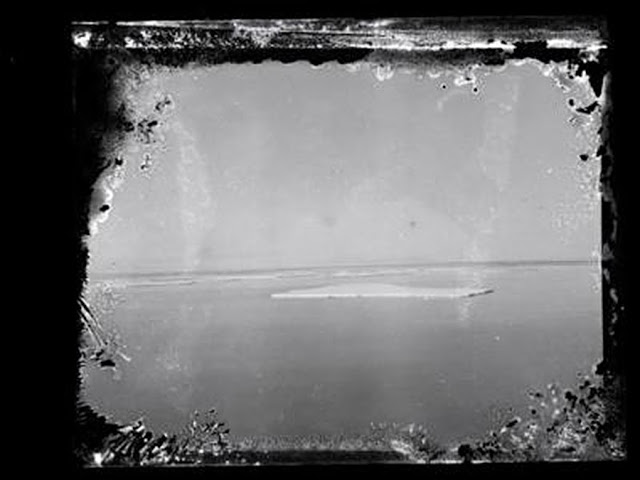 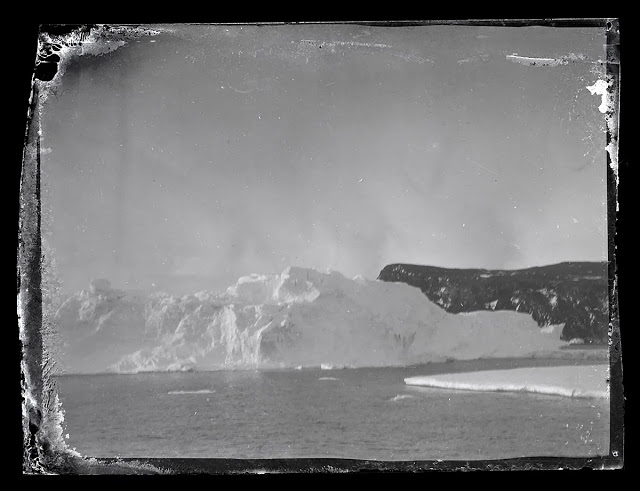 By the time the Aurora was able to return and rescue the men the following year three had died, including Arnold Patrick Spencer-Smith, the party’s photographer. The recovered photos may have belonged to Spencer-Smith, but the true identity of the photographer remains unknown.

On examination it was discovered that the negatives had been exposed but never processed. They were removed from Antarctica by the Trust earlier this year and taken back to New Zealand where photographic conservator Mark Strange began the painstaking task of separating, cleaning and consolidating the cellulose nitrate image layers. Twenty two separate sheets were revealed and sent to New Zealand Micrographic Services for scanning with a Lanovia pre-press scanner. The digital scans were then converted to digital positives.

Many of the negatives are badly damaged, but the group was able to recognize landmarks around McMurdo Sound. One of the most striking images is of  Shackleton’s Chief Scientist Alexander Stevens standing on board the Aurora.